In the London borough where more religious faiths are observed than any other, Harrow Council’s Labour leader Graham Henson and two fellow candidates attend a birthday celebration for the Hindu monkey god, Hanuman. Nearly 500 people were at Wealdstone’s Siddhashram Shakti Centre over the course of the day-long event, reciting or clapping to a devotional hymn.

Outside, making a video for social media, London Assembly Member Krupesh Hirani, who represents Harrow and neighbouring Brent, explains that Hanuman, sometimes called Lord Hanuman, is a symbol of strength for Hindus, and therefore of particular relevance at this time of international and domestic energy crises. He might a good talisman for Harrow politicians too.

There is a feeling that this roller-coaster borough could go either way. Despite the problems assailing Boris Johnson’s national government and Labour’s commanding leads in London-wide opinion polls, Harrow’s Conservatives believe they have a chance of overturning Labour’s small majority by concentrating voters’ minds on local issues.

They have been drawing attention to the borough’s council tax level, which is the second highest in London after Kingston’s and was increased for the current financial year by more than any other in the capital. It now stands at £2,042.09 for a Band D property, including a ringfenced £188.74 precept for adult social care and the £395.59 Greater London authority levy collected for use by Sadiq Khan.

Henson says this is a consequence of receiving smaller government grants than inner London boroughs and an absence of big local employers, meaning less income from business rates. Professor Tony Travers of the London School of Economics confirms that outer London boroughs have been presumed by national government to be relatively well-off, and notes a general incentive for councils in politically-marginal areas to spend more.

Defending his administration’s record, Henson says, “We’ve done all the savings, all the efficiency work. We’ve got to manage a number of things and invest in the borough too”. The previous Assembly member for the area, Navin Shah, who is also a former Harrow leader, acknowledges that voters identify council tax as a top issue in local elections. But he adds: “We have faced the worst of the austerity cuts. When they look at our grant funding, people realise it is not all the Labour administration’s fault.”

However, Conservative group deputy leader Marilyn Ashton dismisses such arguments as feeble excuses. “I’ve never seen a council so badly run,” she says. Ashton argues that Harrow was particularly well-supported during Covid and accuses Labour administrations since 2010 of wasting tens of millions on unsuccessful IT and regeneration programmes. “We will do all we can to try to freeze council tax at least,” she says.

Both Ashton and her colleague Stephen Greek, who is Harrow Tories’ shadow council member for performance and customer services, accuse Labour of concealing wasteful spending. They, along with Harrow East MP Bob Blackman, are making the most of allegations, first reported in The Sun, that four council employees took “kickbacks” in return for the award of a contract to repair pavements which was not properly fulfilled. A police investigation was launched last summer. No one has yet been charged. On the strength of this affair, Ashton accuses Henson and his cabinet of incompetence and suggests it there is a wider management problem. 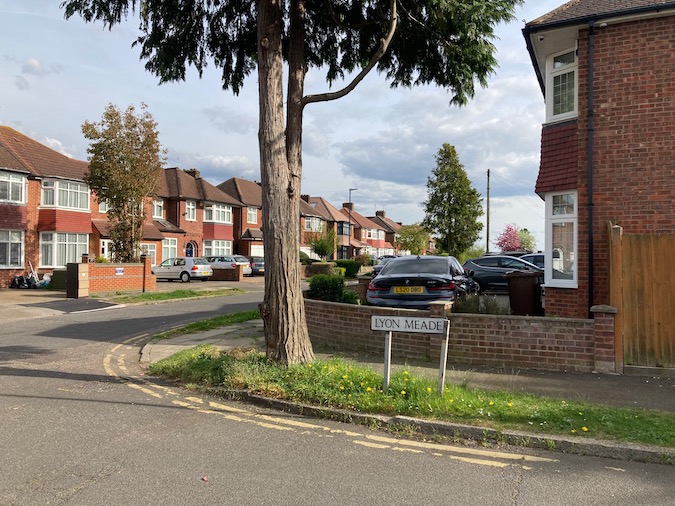 Conversations with voters around Harrow indicate that bread and butter local authority responsibilities are major election themes. Rohini, a voter in the newly-created Centenary ward, shows a phone photo of a pile of flytipped rubbish sacks. Neighbours Karen, Ros and Janice chorus complaints about litter: “The alleyways between our houses – it’s disgusting.” Janice wants offenders sent on litter-picks.

The council has publicised what it says has been successful enforcement action against flytippers at camera-monitored hotspots and a £300,000 investment in its enforcement team. But Conservatives claim there has been a 63 per cent rise in fly-tipping in the past five years and that Labour has repeatedly blocked their proposals for a fly-tipping taskforce and free bulk waste collection. Ashton speaks of a “dirty borough” with “no effort made to get owners to clear land”, overflowing drains and “lots of rats”.

Housing and other development plans are also a touchstone theme. “If they don’t put up any more tall buildings, it will be fine,” says Abina, carrying her shopping bags, who lives in the marginal North Harrow ward. The Conservatives are running under a “homes not towers” banner. “They’re trying to warehouse people,” says Ashton, referring to proposals for replacing Harrow’s Civic Centre with 1,000 homes. “You can’t put families in tower blocks.”

But Henson argues that Tories were looking at intensifying development in some areas when they ran the council between 2006 and 2010 and that the dilemmas they were trying to address are unchanged. “If you don’t build higher, do you go out into suburbia or onto the Green Belt instead?” he asks. Shah, an architect by profession, dismisses as “nonsense” assertions that only Labour allows tall buildings. The party will only back towers “in appropriate areas, in full consultation with local communities,” he says.

Another hot topic is the management of traffic on local roads. Harrow was among the earliest boroughs to abandon emergency traffic-reduction measures introduced – without prior consultation, as government policy required – at the start of the pandemic. Four low traffic neighbourhoods and three pop-up cycle lanes were removed in May 2021 after operating for six months.

The decision followed a lack of support in surveys of residents, Tory opposition and concern from some Labour councillors, such as Kenton West’s Ajay Maru, about the impact on retailers. Another Labour councillor, Peymana Assad, who represents Roxeth ward, thinks the council could have done better at making a difficult case: “How can we convince people that it’s not about making life more difficult, but about the future – investing in electric vehicles and cheaper and more efficient public transport, and not having to wait ten minutes for a bus?”

International issues also influence political preferences in Harrow. During the 2019 general election campaign, Hirani had doors slammed in his face due to voters’ unhappiness with a Labour conference motion about the conflict in Kashmir.

Personal standing in a community can also count for much. The Conservatives hope this will assist them in Rayners Lane ward, where one of their candidates is Thaya Idaikkadar, once a Labour councillor then part of a breakaway Independent Labour group. He led the council for a while with Tory support.

Idaikkadar enjoys strong backing among fellow Tamils – a significant minority in the ward – having gone on hunger strike in 2006 over the conflict in Sri Lankan of that time. However, one of his local opponents is Krishna Suresh, known as “London Baba”, a part-time actor and film director who has starred in a string of Sri Lankan movies and speaks up for Tamil heritage. His councillor wife Sasi Suresh is Harrow’s deputy mayor.

Which party will come out on top on 5 May? Hatch End councillor and London Assembly Tory group leader Susan Hall said at Easter she thought it would be close. Maru, facing a tough fight to defend his seat, reached for a cricket metaphor: “Until the last ball is bowled, you don’t know”. There are mixed reports about the effect of national issues, from habitual Tories telling Labour campaign teams they are dismayed by Partygate to Hall’s assessment that working-class voters think only the Tories can help with the cost of living crisis.

Boundary changes, including a reduction in the number of seats by five, add further uncertainty. Politically, the borough is split roughly along the lines of its two parliamentary constituencies, with Harrow West held by Labour’s Gareth Thomas since 1997 and Harrow East by Conservative Bob Blackman since 2010.

The Tories say they are better co-ordinated across the whole borough than before, while Labour internal ructions have seen Blackman’s defeated general election challenger expelled. At the same time, Harrow is not immune to Greater London’s long-term pro-Labour trends, which may not yet have peaked. Both parties will be hoping for help from Hanuman come election day.