Up to half the buses running on some of the capital’s bus routes will be reserved for school children during mornings and early afternoons from next Tuesday, as Transport for London seeks to facilitate the full re-opening of schools for the new autumn term.

Some regular services on high-frequency routes will be re-designated “School Service” buses, and be allowed to operate at full capacity under relaxed social distancing rules, but with all children required to wear face coverings while on board.

In addition, at least 230 extra buses will be deployed to some of the busier lower frequency routes used by large numbers of children.

TfL says the changes, which will affect “large parts of the bus network”, will also assist the expected growing number of workers returning to offices and other workplaces as the pandemic lockdown continues to ease in the capital by freeing up more space on non-School Service buses. 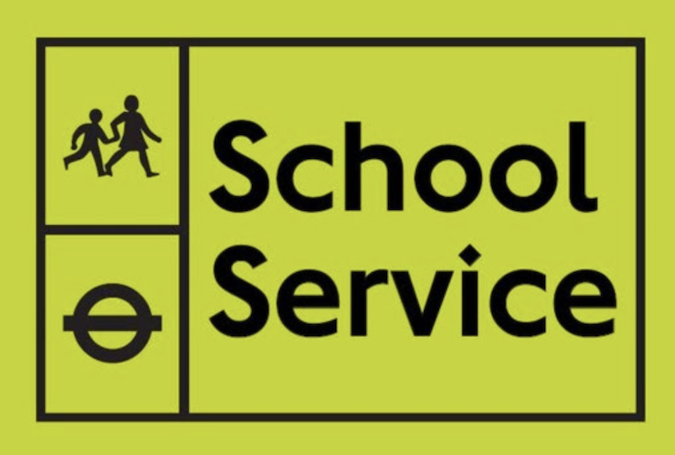 TfL is also encouraging parents, students and school staff to “walk, cycle or scoot” to school whenever they can as an alternative to using buses, which would release some pressure on capacity. Before the pandemic around 250,000 London schoolchildren used London’s buses every day to get to and from school.

The transport body also underlines that free travel for under-18s will continue for the time being and notes in its press statement about the bus service changes that a start date for the concession’s temporary suspension “requested by the government in the funding agreement between them and TfL has not yet been confirmed”.

Earlier this month, On London reported that a Department for Transport minister had told TfL in a letter, “we would like” the temporary suspension to be implemented from “immediately after October half-term”. The letter appeared to acknowledge that there are practical difficulties with removing the free travel arrangement, which Sadiq Khan and others have been campaigning to have dropped on the grounds that it will penalise poorer families.

OnLondon.co.uk exists to provide fair and thorough coverage of the UK’s capital city. It depends greatly on donations from readers. Give £5 a month or £50 a year and you will receive the On London Extra Thursday email, which rounds up London news, views and information from a wide range of sources. Click here to donate via Donorbox or contact davehillonlondon@gmail.com. Thanks.