Skip to content
Bits of the first two, long lost, versions of it can still be found in the capital and beyond it
Victor Keegan

The original London Bridge with houses on top – without which London would never have existed – lasted an amazing 600 years, until 1831. In that year, it was pulled down to make way for Scottish civil engineer John Rennie’s London Bridge bridge, which survived a mere 130 years before being sold to a chainsaw millionaire and transported to America in 1967. But although the first two London Bridges were demolished, they have not disappeared from the city. A surprising amount of their remains can still be found, if you are prepared to look for them.

This is particularly true of Rennie’s bridge, which was not completed until after his death. Although the London Bridge at Lake Havasu is now the second most popular tourist attraction in Arizona (something called the Grand Canyon is the first) its creator purchased only the outer stone of the one that spanned the Thames, for use as cladding. The rest was built from reinforced steel, so lots of the stone from Rennie’s bridge was left in London. 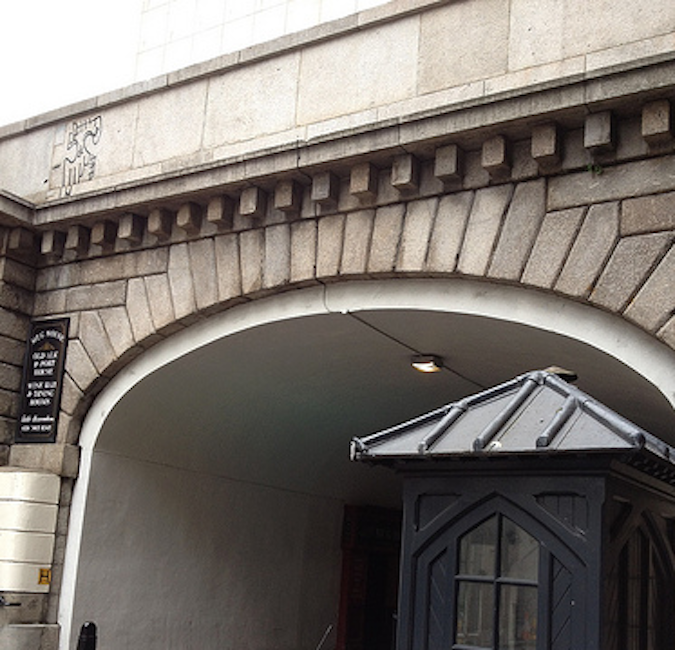 The biggest chunk, which didn’t need to be moved, still forms part of the present bridge. You can walk under it on Montague Street, close to Southwark Cathedral (see above). If you continue from there a few yards further under the bridge, towards Tooley Street, you will come across two parallel lines in the road. These mark the actual – very narrow – width of the original London bridge. And if you track back under the bridge you will soon pass a number of large stones on your right, which were further parts of the Rennie bridge. There are more of these in front of Evans Cycles at 6 Tooley Street.

Other parts of Rennie’s bridge have travelled out of London, including huge chunks in the Waltham Abbey area, some of which have been made into sculptures. I made a (mainly interactive) map of many of them some years ago which can be found here and in previous articles I have written.

Of particular interest are the remains of the original bridge, which was regularly reconstructed over the six centuries for which it stood. The best preserved are four of the shelters which graced the bridge, dating from the late 1750s. Three of them are easily accessible. One is at the entrance to Guy’s Hospital (with a statue of John Keats sitting in it, see below) and two are at the eastern end of Victoria Park. 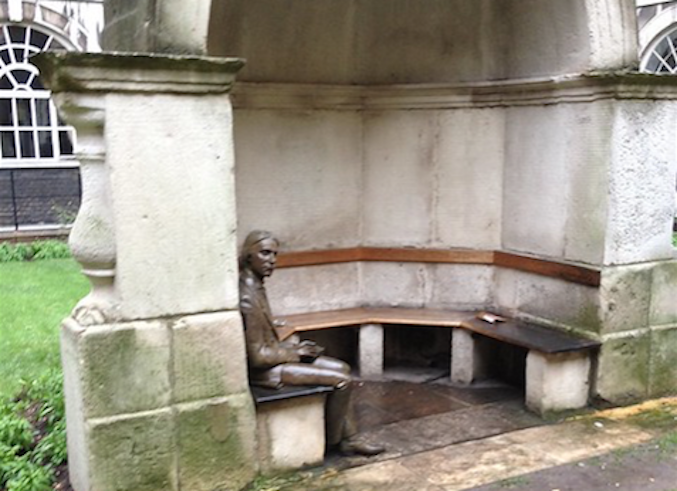 A lot of the original bridge’s stonework was taken downriver in 1833 to build an impressive mansion at Greenhithe in Kent for James Harmer, a fascinating radical lawyer and proprietor of the Weekly Dispatch. Original stones can also be seen on the northern side of London Bridge in the churchyard of Saint Magnus the Martyr. Some of the parapets are preserved in Myddelton House Gardens in Enfield and, further afield, there is a dourly handsome chunk of stone in a public space at Amersfoort in Holland. 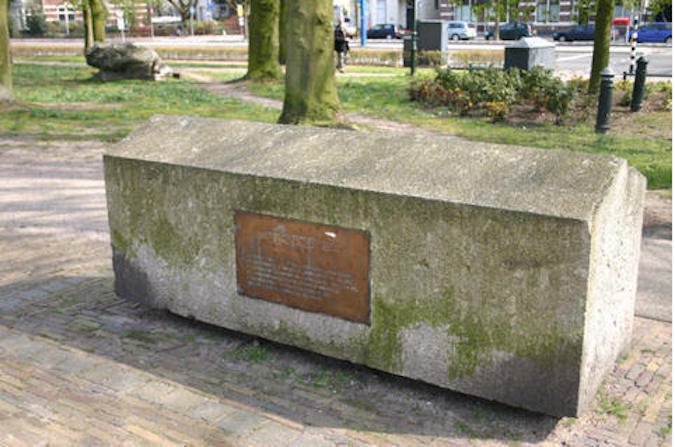 Among other interesting relics of the old bridge is a fine carving of the royal arms of George II (later altered to those of George III), which was once above the southern gatehouse of the bridge, but is now fixed on the front of the King’s Arms pub in Newcomen Street. 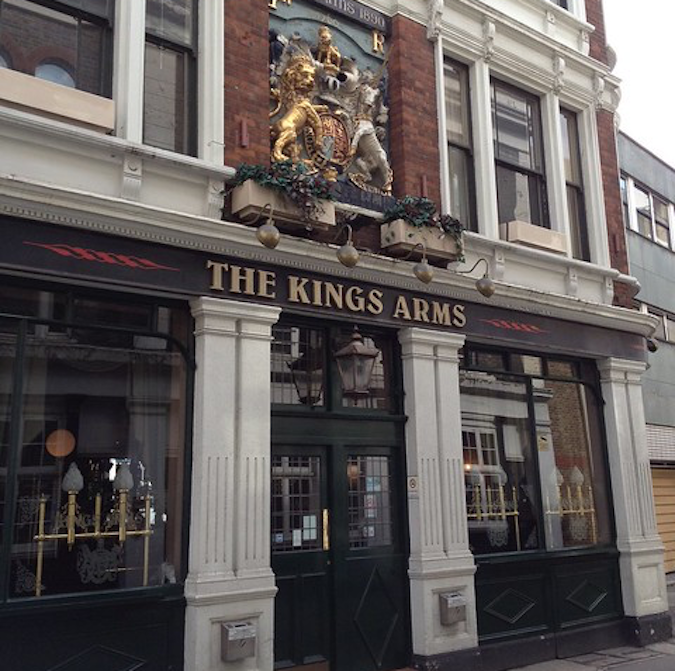 In the Fishmongers’ Hall right by London Bridge is a ceremonial chair commissioned in 1832, whose back depicts the first two London Bridges and whose seat is made from the foundation stone of the original. Visitors to Kew Gardens sitting on a bench by the lake may be surprised to find that it rests on several granite blocks from Rennie’s bridge, while residents of Heathfield Road in Wandsworth appear ignorant of the fact that the wall protecting their gardens comes from the original London Bridge. When I visited it a few years ago, one of the residents was disposing of part of the wall unaware of its provenance. That could be the story of most Londoners. We love the city but are unaware of much of its history. 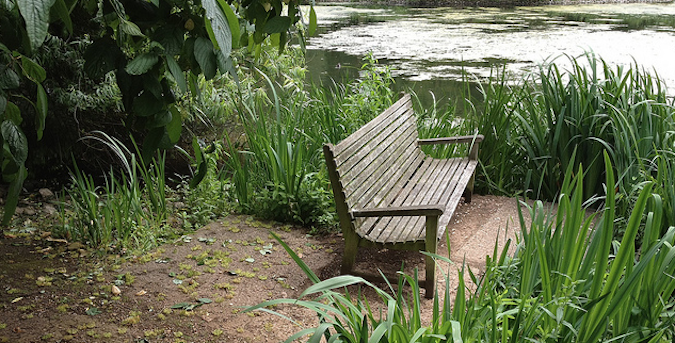 The previous 99 instalments of Lost London are archived here. Many thanks and congratulations to Vic for reaching his glorious century. Follow Vic on Twitter here and here.