If you were looking for pleasure in late 18th century London there was only one place to go: Ranelagh Gardens. It was the Tinder and Spotify of its day, providing dating opportunities with seductive music. Edward Gibbon, author of the Decline and Fall of the Roman Empire, described it as “the most convenient place for courtships of every kind – the best market we have in England.”

The Gardens were situated at what is now the Thames-side end of Christopher Wren’s Royal Hospital in Chelsea. There is still a park there on the site called Ranelagh Gardens (pictured below), though all the buildings – including a huge Rotunda (pictured above) at which a nine-year old Mozart performed in 1765 – have long since gone. It opened in 1742, a time when Vauxhall Gardens over the river was in decline having entertained Londoners for almost 200 years.

Vauxhall also had a reputation as a pick up joint, but Ranelagh had a certain social cachet. It was twice as expensive as Vauxhall yet, interestingly, became a place where different social classes – well, upper and middle-classes at least – could meet and even date. Class distinction was preserved by five different levels of pricing. There was even a separate place built for servants, who needed to be nearby in case called upon by their masters. But these devices could not prevent the classes mingling, even though it was against the wishes of the proprietors. Horace Walpole commented: “It has totally beat Vauxhall. You can’t set your foot without treading on a prince, or Duke of Cumberland.” 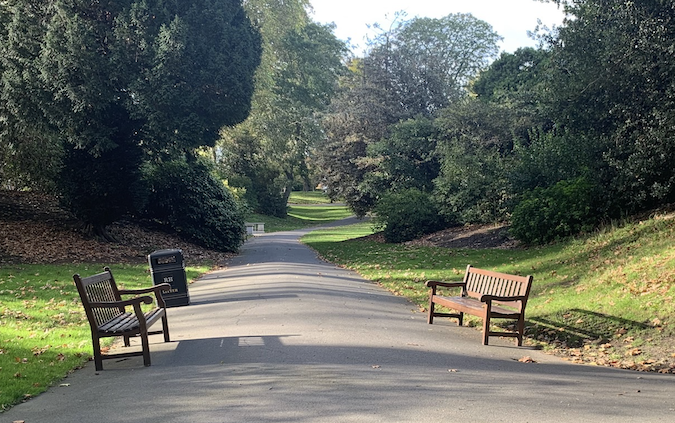 The Gardens were so named because they sat on the site of Ranelagh House, constructed in 1688–89 by The Earl of Ranelagh, treasurer of the adjacent Chelsea Hospital. It was so successful that it spawned lookalike gardens with the same name in Paris and New York. But a decline began at the turn of the century. The rotunda was closed in 1803 and pulled down two years later. We don’t know if the bricks were recycled elsewhere, but it is known that the organ – which Mozart may have played – went to All Saints Church in Evesham until the Victorians replaced it.

Little known fact: Fulham Football Club played on the site from 1886-8, when it was known as the Ranelagh Ground.
Don’t forget to buy Vic Keegan’s latest volume of poems, entitled Selective Memories. His Lost London series is archived here.
OnLondon.co.uk is dedicated to providing fair, thorough, anti-populist coverage of London’s politics, development and culture. It depends on donations from readers and would like to pay its freelance contributors better. Can you spare £5 (or more) a month? Follow this link to donate. Thank you.