Skip to content
Though little-known, this remarkable property developer changed the face of London as much as Nash or Wren
Victor Keegan

Buckingham Street has got to be the most fascinating cul-de-sac in the whole of London. It is built on a small part of the site of York House, Cardinal Wolsey’s vast palace one of a chain of aristocratic palaces along the Strand fronting the Thames.

All that remains of that Tudor extravagance is the building which peeps up at the end of the cul-de-sac. This was the watergate in Embankment Gardens, from which the Earl of Essex was taken to the Tower of London to be executed for his part in a rebellion against the government of Elizabeth I. In those days, before the Embankment was built, the Thames flowed right up to the gates of York House.

The two Grade-1 listed houses on the right at the end of the street were once occupied by the great diarist, Samuel Pepys. He moved to number 12 in 1667 and lived there for nine years before moving to number 14.

After Pepys left 14, it  was occupied by Robert Harley, Earl of Oxford and one time Chancellor of the Exchequer, who sold his vast collection of books to the British Museum at a bargain price as one of the three founding donors. Number 12 later became the Salt Office from where the short-lived and much hated salt tax was administered.

But the most interesting thing about Buckingham Street is not the celebrities who lived there – of which there were an amazing number – but the man who masterminded it. He is hardly known, but was one of the most extraordinary people of his time.

Meet Nicholas Barbon – or to give him his full name “Nicholas If-Jesus-Christ-had-not-Died-For-Thee-Thou-Hadst-Been-Damned Barbon”. He had a difficult childhood as the son of the fanatical dissenter Praise-God Barebones (or Barbon), a member of the ill-fated Barebones Parliament during Cromwell’s Protectorate.

Barbon junior was also fanatical, but in a different way. He became one of the most spectacularly successful and ruthless property speculators that London has ever seen. Barbon changed the face of London as much as Christopher Wren or John Nash, though not on the same aesthetic level.

It was Barbon who purchased the whole of York House from its owner by that time, George Villiers, first Duke of Buckingham, and proceeded to dismantle it and build houses, or more likely sell leases for the land, as he thought dealing with bricks was for little people. We would call it commoditisation today.

As part of the deal, Barbon had to agree to make sure that Buckingham’s legacy was reflected in the new street names – hence Duke Street, Buckingham Street Villiers Street and George Street. 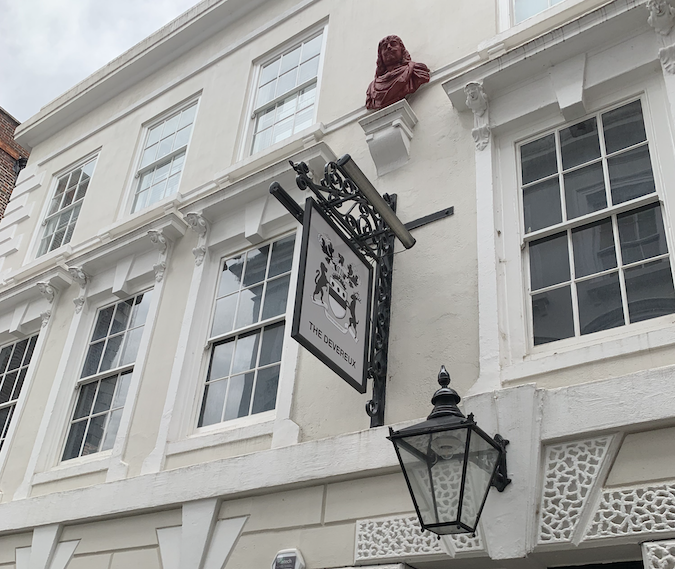 Barbon also purchased Essex House at the other end of the chain of palaces along the Strand and had it rebuilt. There was opposition from the lawyers at the adjacent Middle Temple, but they were appeased with the construction of Fountain Court and the Devereux pub nearby (originally the Grecian Coffee House where members of the Royal Society met – photo above). Both can still be seen within the wonderful time-warp of the Middle Temple, which is a must to walk through if you are near.

It would need a book to do justice to Barbon, whose work changed St James’s Square, Covent Garden, the northern side of the Strand (the Exeter Exchange site where the Strand Palace Hotel is today) and Bloomsbury, including Lambs Conduit Street and much of Great Ormond Street, where there is an unusual alley called Barbon Close dedicated to him (photo below). At the start of the Close lies No 49 Great Ormond Street, a Barbon house about which its owner Alec Forshaw has written a lovely book called An Address in Bloomsbury”. At the end of the alley you can see the children’s hospital. 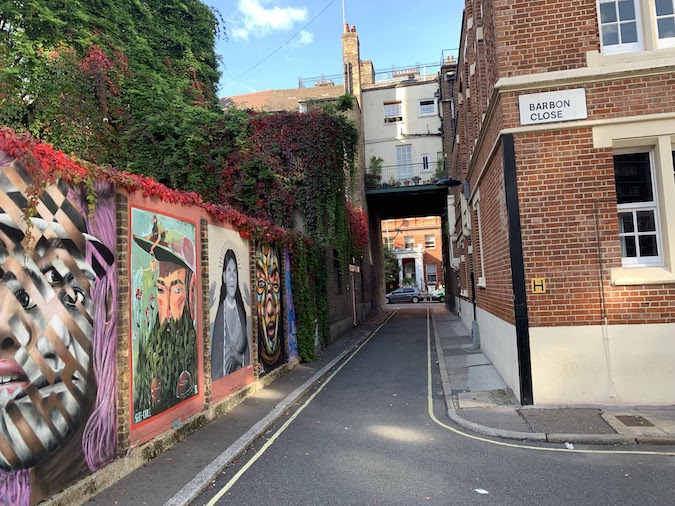 Most spectacularly of all, Barbon purchased 17 acres to build Red Lion Square and its surrounding streets without planning permission after hand-to-hand fighting with Nimbyish lawyers from nearby Grays Inn, who worried that their view would be spoiled.

Even more surprisingly, Barbon, who had qualified as a doctor (though he never practised), also built up a reputation as an economist and financier. Long before Keynes dismissed the gold standard as a “barbarous relic” Barbon had said you might as well use iron, and that the currency should be linked to an economy based on credit-led expansion (sound familiar?).

Karl Marx quotes him approvingly in the opening chapter of Das Kapital: “Or, as old Barbon says: ‘One sort of wares are as good as another, if the value be equal. There is no difference or distinction in things of equal value’.” Barbon also invented fire insurance as a means of profiting from the Great Fire of London.

One could go on, but best to go back to Buckingham Street. Barbon had built up a reputation for a ruthless pursuit of profit and for what today we would call jerry building. Buckingham Street was an exception. Although, like so many of Barbon’s buildings, it has been much altered by individual builders, it has stood the test of time.

The renowned Survey of London observes that all the original houses were actually erected before 1680, describing this as “especially surprising when it is considered that for well over a century, and in some cases for nearly two centuries, the premises have been used for commercial purposes”. Number 12 is the only one of Samuel Pepys’s London homes to survive. Barbon built that one better.