The results of the large YouGov poll and MRP constituency model were encouraging for the Conservatives at a national level, with an 11-point lead in voting intention translating into an overall parliamentary majority of 58 seats. However, the constituency projections were much less pleasant reading for the Tories in London, where their fortunes have failed to keep up with the national trend in the last three general elections. They are projected to gain two seats from Labour (Kensington and Dagenham & Rainham) while losing one to the Liberal Democrats (Richmond Park). A net gain of a single seat since the disaster of 2017 would be a less than fantastic outcome for the party.

As well as bracing the London Tories for disappointment, the model allows us to see where the general election contest in the capital is closest at the moment, and where campaigning and the events of the next two weeks might swing a seat one way or another. There are seven seats in the capital where the modelled margin is within five percentage points, making them too close to call with any confidence:

Labour will be encouraged to see the model numbers in several seats they hold that might be considered shaky: Battersea (10 points ahead), Croydon Central (six points ahead) and Ilford North (nine points ). 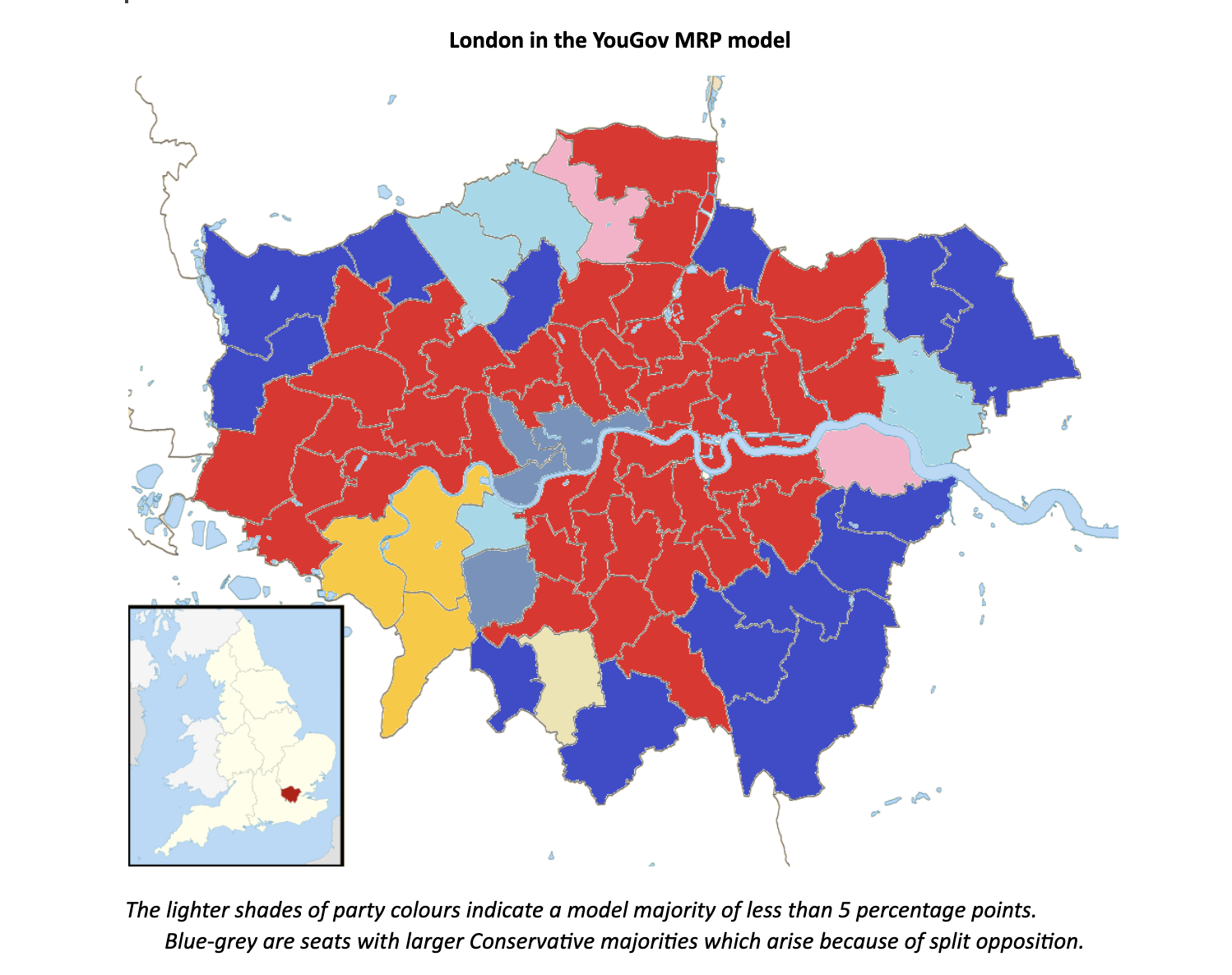 As well as Putney, there are four other seats where the Conservatives are ahead but where their majority is vulnerable to tactical voting. While Labour are clearly the leading challengers in Putney, the Lib Dems are second in Wimbledon, Chelsea & Fulham and (less clearly) Kensington. Labour’s lead over the Lib Dems in Cities of London & Westminster and Finchley & Golders Green is only a point in each, not enough to quell the vigorous tactical debate in either seat. The Conservative lead in Finchley (17 points) makes the seat less vulnerable than the others. On the other side of the divide, even if all the Brexit Party vote went over to the Tories, it would not be quite enough to overturn Labour’s resilient Clive Efford in Eltham.