Whenever I pass the larger than life statue of Robert Raikes (pictured above) in Victoria Embankment Gardens I feel I owe it an apology. For years, I thought it a prime case for relocation under any sensible “rotation of statues” policy, because Sunday schools, which Raikes pioneered, were surely an anachronism in today’s largely secular society with universal state education.

But while that may be the case now, in the late 18th century education was a privilege of the rich. Although a prime motive was to provide religious education, Sunday schools also taught reading, writing and arithmetic at a time of widespread illiteracy among poorer people. A few Sunday schools existed before, but it was Raikes, helped by publicity in the Gloucester Journal, which he edited, who took hold of the idea and ran with it.

He started off in July 1780 by gathering some street boys into a room in Sooty Alley, Gloucester. Soon, there were as many as 100 attending. By the time Raikes died in 1811 there were an estimated 400,000 children in the Sunday-schools of Great Britain – a formidable achievement – and it is reckoned that by 1831  the figure had risen to 1,250,000. Although this was only 25 per cent of the eligible population it provided a vital stopgap until the 1870 Education Act provided universal elementary education.

None other than Adam Smith endorsed them with the words: “No plan has promised to effect a change of manners with equal ease and simplicity since the days of the Apostles.”

Raikes’s Sunday school movement began in Gloucester, but London soon joined in thanks to the Reverend Rowland Hill who, in 1784, founded one at the fascinating Surrey Chapel in Blackfriars Road south of the Thames, not far from where the statue of Raikes stands.

The Reverend Hill – not to be confused with the Rowland Hill who revolutionised the postal service or the Rowland Hill who served with distinction under Wellington at Waterloo – was a star in his own right. This Hill was a strong advocate of vaccination, and the Surrey Chapel became one of the most effective vaccination boards in London. The building (pictured below) was circular, which Hill claimed stopped the Devil from hiding in the corners. Hill was buried, at his own request, below the pulpit, but was later re-buried below the Lincoln Memorial Tower of the successor chapel, Christ Church in Kennington Road. 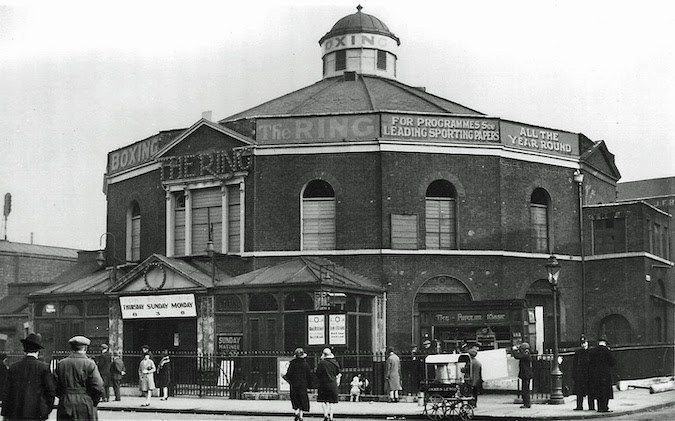 Surrey Chapel, though owned and managed by independent trustees primarily as a Nonconformist chapel, was also operated as a venue for music, singing, and for the meetings of charities, associations and societies, several of which became closely associated with it. For a time, the composer and arranger Benjamin Jacob was the organist there, attracting thousands. His was a practical response to Hill’s well known concern about chapel music of the time: ‘Why should the Devil have all the good tunes?”