Skip to content
A reminder of the roots of formal education of the capital's poor, it has survived the sprouting of Victoria's skyscrapers
Victor Keegan

The tiny Blewcoat School behind the Albert pub off Victoria Street is an enchanting building, with its beautiful time-worn brickwork and a statue of a pupil, complete with blue coat, standing in a recess beneath the original clock. If not exactly lost, it is certainly hidden. The amazing thing is that it is still there after nearly 350 years, even though it must feel totally lost among the huge office blocks that have sprung up around it.

The building is owned by the National Trust and its current tenant, an upmarket wedding dress outfitter, has created an astonishing presentation of plants and twig- fashioned baskets outside that would grace a gallery such as Tate Modern. It is the only ancient building left in this part of Victoria, apart from another school – Grey Coat Hospital, which – unlike Blewcoat, which has long since closed – is still functioning today, as a successful Church of England academy for girls.

Both schools sprang from the education “turf wars“ of the 17th century, when catholics and protestants vied to enlist poverty-stricken children growing up in slums at a time when there was no state education. An excerpt from a parchment roll from around 1700 says it all:

In the late reign, the Roman Catholick Priests and Jesuites were busie in making Proselytes and to that end set up Free Schools in the Savoy and other places in and about the City of London inviting all poor children to be educated by them gratis.

Anglicans responded in kind – if street kids were to be given an education for nothing, then it had better be Anglican and not RC. Local tradespeople in Westminster coughed up the money to provide religious and secular education for children living in horrific slums like those in Old Pye Street and Duck Lane (now St Matthew’s Street) where the original Blewcoat was founded in 1698. It moved to its present location in Caxton Street in 1709, financed by local brewer William Greene. 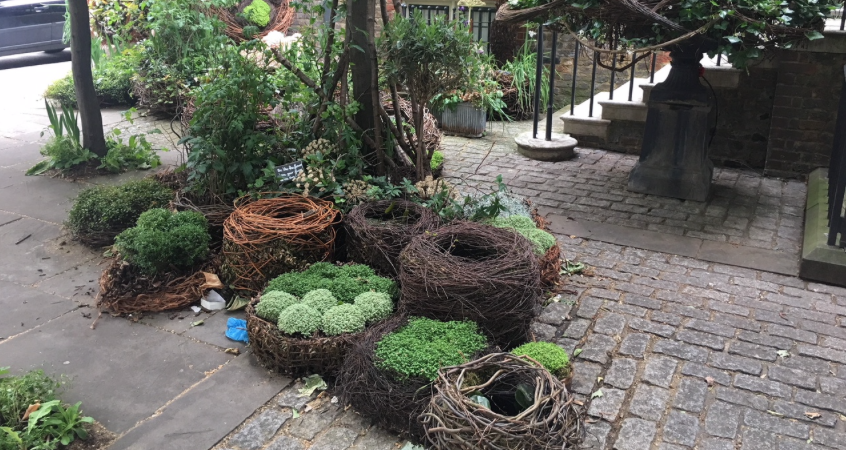 The Blewcoat and Grey Coat weren’t the only schools to hoist their colours. There was also a Green Coat School (where the Greencoat Boy pub now stands in Greencoat Place), a Brown Coat and a Black Coat, all three of which amalgamated to form today’s Westminster City School for boys, also now an academy, which has close historic ties with Grey Coat.

The Blewcoat building is easily missed by the thousands of people who flock past en route to St James’s Park station, but it is absolutely worth a detour as it is one of the very few buildings of such great age to have survived in an area where office blocks are built only to be demolished a few decades later. You don’t have to believe that the school bears the imprint of Sir Christopher Wren – though it might well do – to let its fascinating history sink in.