Plans by the London Mayor’s walking and cycling commissioner Will Norman to have a segregated two-way cycle lane installed along Notting Hill Gate and Holland Park Avenue have been publicly rejected by the leader of Kensington & Chelsea Council – a move Norman has condemned as a “political stunt” and “a disgrace”.

Elizabeth Campbell told a packed meeting of residents held at the royal borough’s town hall last night that she and colleagues in her Conservative administration had received “hundreds and hundreds of emails from across the local area” opposing proposals drawn up by Transport for London (TfL), which would involve adjustments to pavements and road crossings, removal of bus stops, creation of “bus stop by-pass” infrastructure, reduction of road space for general traffic and the felling of 27 trees.

Campbell spoke after her leadership team’s member for planning and transport Johnny Thalassites had broken news of the council’s opposition to cheers and sustained applause. He said the borough is “hugely committed to the promotion of cycling” but that “looking at the detail of this scheme and taking into account all the correspondence we have received, we simply cannot support it”.

Thalassites listed loss of existing trees, adverse impacts on congestion and the removal of bus stops as the council’s three main problems with the scheme. “We recognise that buses are disproportionately used by younger and older and more vulnerable people, so any greater distance between bus stops presents an enormous problem for our residents,” he said. 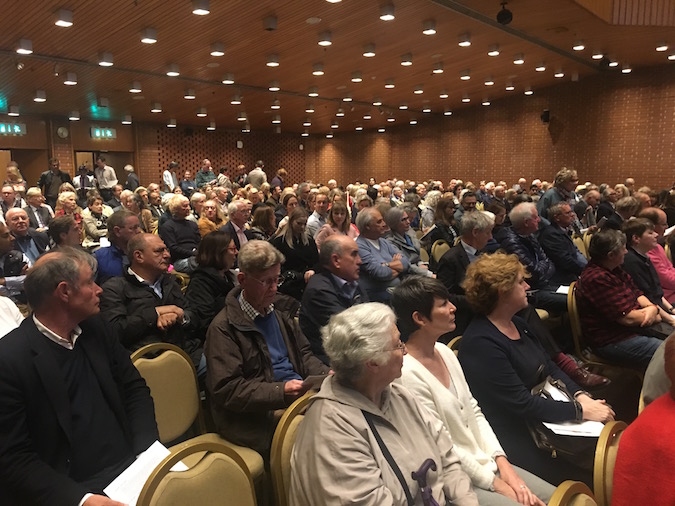 As the highway authority for the roads in question, RBKC has the ultimate say over whether changes to them and their infrastructure can take place. The councillors’ intervention came after Norman and TfL road space management chief Nigel Hardy had presented their case for residents supporting the scheme, which would stretch for 2.4 miles, as far west as Shepherd’s Bush and Wood Lane in the neighbouring borough of Hammersmith & Fulham.

Responding to Campbell and Thalassites, Norman expressed surprise and sadness that they had reached their view even before the consultation process was complete, pointing out that he and TfL had worked with council officers on devising the plans. “We were invited here to listen and had thought the council would want to listen to everybody’s opinion first,” he said. In an angry statement issued overnight Norman said the council has “shamelessly decided to ditch their support and claimed “people will die and suffer serious injuries” as a result of it.

The meeting was organised by influential local amenity group the Kensington Society, which opposes the scheme. Most of the trees earmarked for removal by TfL stand in a central reservation on Notting Hill Gate, having been put there around 25 years ago as part of a Kensington Society project. Two much more mature plane trees at the junction of Holland Park Avenue and Campden Hill Square have had green ribbons wrapped round them in an apparent protest against the plans to cut them down. 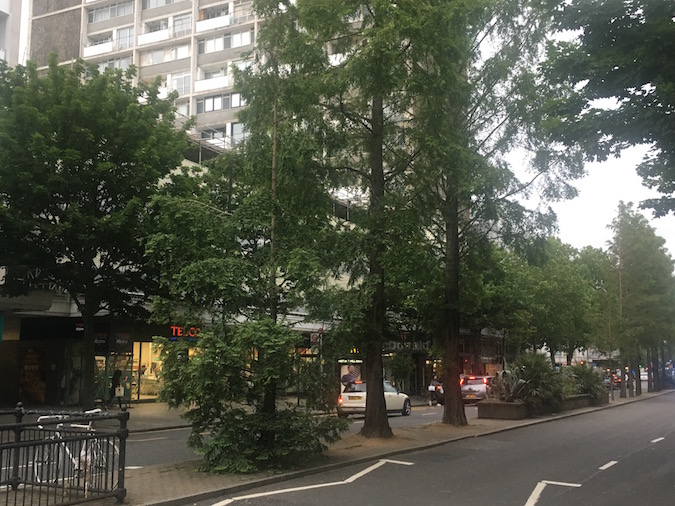 In his opening speech Norman argued that the scheme was not only about improving conditions for cycling but also for walking, and said it is a myth that segregated lanes introduced elsewhere in London have actually worsened congestion and air quality. He stressed the need to tackle climate change, improve air quality and encourage active travel, saying that protected cycle lanes are contributing to these goals. Norman also committed to “putting in more trees than we take out”.

Hardy said the stretches of road in question had high accident rates for both cyclists and pedestrians, which the proposed scheme would help reduce. He described the local neighbourhoods as high demand areas for cycling.

There was criticism from the floor of TfL’s consultation process, which speakers claimed made it difficult to express outright opposition. Tony Devenish, the London Assembly Member for the area and another Conservative, urged respondents to the consultation to make their opposition explicit. “You have to be unambiguous if you’re against it, otherwise they’ll put you down as for it,” he alleged.

Though greatly outnumbered, supporters of the plans managed to make their voices heard, including Green Party London Assembly candidate Zack Polanski. Current Green AM Caroline Russell has written to Mayor Khan expressing strong support for TfL’s plans. Kensington MP Emma Dent Coad (Labour) has expressed dismay at the prospect of trees being cut down and said local people fear that a cycle lane would be “a racetrack for commuting cyclists” and “not a good place for vulnerable young cyclists”. The consultation is open until Sunday.