Shaun Bailey last night hammered home his message that crime would be his number one priority as London Mayor, using a public meeting in Chelsea to call for an end to excuses for worsening crime. In a pointed attack on Sadiq Khan’s record, he added a twist to the current Mayor’s “London is Open” slogan by saying, “London is not open if you are not safe”.

“The police commissioner is Sadiq Khan,” he said. “We have the best-funded police force, but not the best results, nowhere near it”. He contrasted an apparent fall in burglary in Liverpool of 26 per cent with a 39 per cent rise in London since 2016, when Khan was elected, and drew attention to a “massive spike in robbery in London”, referring to a report by Conservative London Assembly Members published last year, which claimed a 59 per cent increase from 2016-19. “Daylight robbery suggests we don’t have control of the streets”, Bailey added.

While the focus was on hard knocks policing, Bailey moved several times onto discussing preventative work and education in order to end “the revolving door between crime and prison” and expand the horizons of low-income young people. These aspects, he said, are the reasons he went into politics and integral to a successful crime strategy.

Around 200 local people attended the event, held by Kensington, Chelsea and Fulham Conservatives at Holy Trinity Church on Sloane Street. The evening began with short speeches by the newly-elected Conservative MP for Kensington, Felicity Buchan, Conservative AM Tony Devenish and Bailey, followed by a barrage of questions from the audience. Devenish presented some particularly stark recent crime statistics for Kensington & Chelsea borough, such as robbery up by 88.9 per cent since 2016 and knife crime with injury up by 133.3 per cent.

There was loud applause for statements from Devenish and Buchan asserting that Khan’s action on crime has been inadequate and there is a need to replace him. Devenish said voters would be able to “humiliate this Mayor, he’s not up to the job”.

In the course of the evening Bailey outlined a series of policy proposals, including:

Bailey said he wants to look at police training, so that officers can work more effectively across different communities, and at the scope for the Met to work with neighbouring county police forces to lower response times.

He called acid a “weapon of terror” and would back jail terms for a first offence of using acid in an attack. Responding to a question about Airbnbs that are magnets for anti-social behaviour, he said he would have a “very, very stiff conversation with Airbnb” and wants a protocol to ensure the tech platform operates ethically in London. 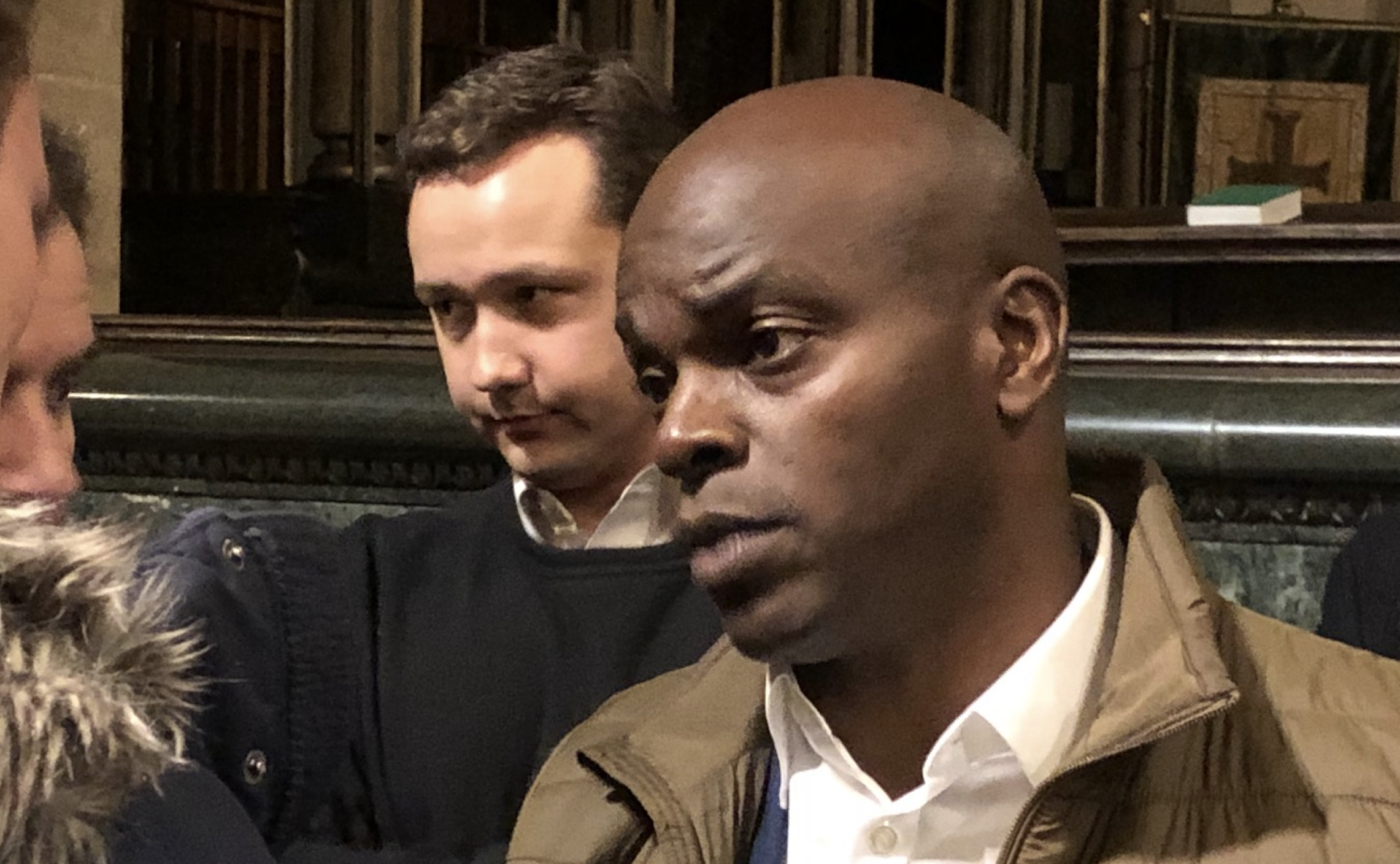 Panel and Bailey campaign chair, Chelsea & Fulham MP Greg Hands, who used to live in New York and helped on Rudy Giuliani’s first term mayoral campaign in 1993, said that with regard to crime, “My strong view is that London has certain elements of how New York City went in the late ’80s and early ’90s, particularly the feeling that the leadership at City Hall is not taking the problem seriously enough”.

Bailey offered the more nuanced view that, “Our crime relative to most places in the world is very low. But it will only stay that way if we focus on it. All our trends are going in the wrong direction”. Commending the “broken windows” approach adopted in New York under Giuliani, he said: “It is very important [the police] get to low level behaviour, to break the cycle” and that “it’s a scientific fact that visibility of police reduces crime”.

Audience members described local crime, including persistent shoplifting in Parsons Green, which police said they were too busy to attend to, with thieves using prams to snatch goods, and a woman who had had five suitcases stolen from her car in Hans Place. Questioners with high passion in their voices interjected in some of the panellists’ replies.

Many wanted more CCTV cameras – but one woman warned that she lived in a square with plenty of cameras, and it still had “lots of nasty things going on. CCTV is only useful if you’ve got boots on the street,” she said.

OnLondon.co.uk is committed to providing the best possible coverage of the 2020 London Mayor and London Assembly election campaigns. The site is small but influential and it depends on donations from readers. Individual sums or regular monthly contributions are very welcome indeed. Click here to donate via PayPal or contact davehillonlondon@gmail.com. Thank you.