It’s not every day you stumble across a buried prison near your front door. It happened to me a few years ago when workmen were digging up the road to renew the electricity cables. They had opened a long stretch along Thirleby Road, SW1, which clearly exposed the foundations of the famous Tothill Fields Prison as could be seen from old maps.

The prison once stretched between Francis Street and today’s Victoria Street, covering the ground on which Westminster Cathedral was subsequently built. The cathedral’s archivist tells me that the nine foot bed of solid concrete on which the house of correction was built forms a large part of the massive foundations of the cathedral, though it is no longer visible as further thick layers of brick and marble rubble were laid on top. Clearly, it is solidly based, as you would expect from so meticulous an architect as John Francis Bentley. 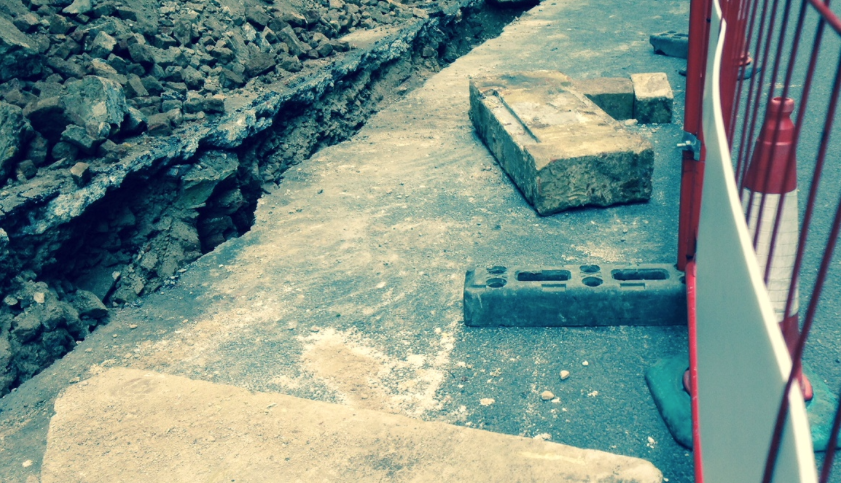 Tothill Fields was no ordinary jail. It was built in 1834 near the site of an earlier (1618) penitentiary on an eight acre site employing “open” principles as a panopticon (roughly translated as “see all”), in keeping with theories espoused by Jeremy Bentham. The idea was that all of the prisoners could be viewed from a central point by a warder while not being able to see each other. They were not allowed to talk to each other either. It was pulled down in 1877 and the inmates moved to the much bigger Millbank Penitentiary, which occupied the site on which the Tate Gallery now stands.

It was not regarded as a success partly because it was – for its age – quite liberal-minded and nurtured a high proportion of re-offenders, who preferred life inside the prison gates to the violent destitution outside. In 1850 the regime was changed and male convicts were no longer held there. It became a prison just for women and boys under the age of seventeen. Henry Mayhew, the social reformer who had visited the prison in 1861, praised the staff for maintaining discipline without much need for physical punishment. Small wonder it proved so popular with recidivists.