If you look at cartographer John Rocque’s famous map of London you will see an area in Whitehall below Trafalgar Square called “Scotland” whose provenance reaches back to the latter part of the 10th century. That was when King Edgar of England gave King Kenneth II of Scotland “a piece of ground” as his place of residence when he came to London to be involved with making new laws. Kenneth is reported to have built a house there on what became, in effect, part of Scotland itself.

This arrangement ceased under Henry II’s rule (1154-1189) when England and Scotland were at war, but the three interlinked yards in London carrying Scotland’s name continued to do so. The Metropolitan Police occupied part of the space from 1850 until 1890, which explains why the name “Scotland Yard” is known today all over the English-speaking world, though its earliest mention as a location was in 1603.

Much of the site is now occupied by a Hyatt hotel within an Edwardian building that has been so carefully restored that it is difficult to detect. A link with the past has been preserved, thanks to a base for the Met’s mounted branch being next door. 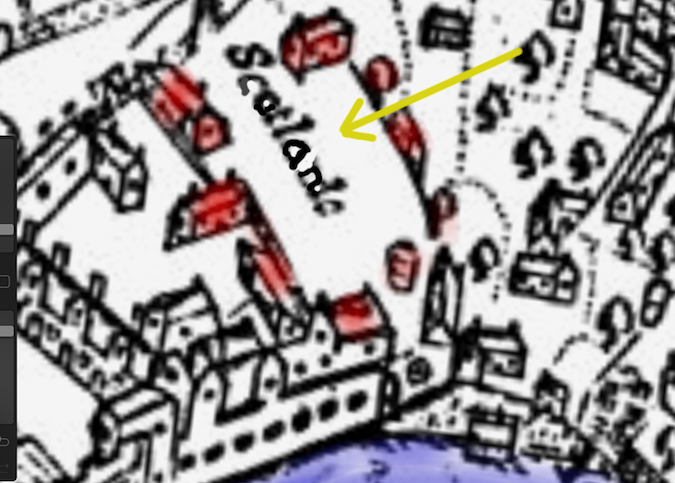 In 1890, the Met moved to the Victoria Embankment for another encounter with history. Its new offices, designed by the renowned architect Norman Shaw, were built on a site where the grandest opera house in the whole of Europe had been partly constructed. Five million bricks were laid, but the project was abandoned at the point when the roof was to be added because the money ran out.

When the incomplete structure was demolished, its foundations were found to be so strong they were retained. And so New Scotland Yard was built on the basement of a grand opera house. Rooms designed for the use of divas would now house criminals instead.

The Met stayed put for almost 80 years until 1967, when it again had to change its beat, this time to a new building in Victoria Street at the junction with Broadway. It was based there until 2013, when, needing to fill a gaping budget gap, it sold the freehold for £370 million – it had cost it £123 million – and moved back to Victoria Embankment into what was then known as the Curtis Green Building, an annexe to the Shaw offices which the Met had retained in its portfolio.

Meanwhile, the the Abu Dhabi Financial Group, which purchased the Victoria Street site, has been building a series of residential and office blocks up to 20 storeys high that have interfered with the skyline for miles around and set an unhealthy precedent for future developments.

How all of this was allowed to happen would not, of course, be an appropriate subject for a Met investigation. But if someone doesn’t call a halt to the spiralling heights of developments in Central London, future generations will find it difficult to forgive us.