At 11 a.m. on Monday, 1 June, 1840 Prince Albert entered a building which stood where the Strand Palace Hotel is today and, according to a verbatim account, said, to rapturous applause: “I have been induced to preside at the meeting of this Society from a conviction of its paramount importance to the great interests of humanity and justice.” (Cheers.). “I deeply regret that the benevolent and persevering exertions of England to abolish that atrocious traffic in human beings, at once the desolation of Africa and the blackest stain upon civilised Europe, have not as yet led to any satisfactory conclusion.” (Cheers).

It was the first meeting of the Society for the Extinction of the Slave Trade Trade and it was held at the Exeter Hall, whose three large rooms could accommodate over 5,000 people. Largely because of this meeting, the words “Exeter Hall” became a byword for abolition. Albert’s speech was a defining moment, even though it came over 60 years after the pioneering efforts to end slavery had got underway in London.

Exeter Hall was but one iteration of this site in the Strand, which has fascinating links with London’s history. It was situated at the eastern end of what had once been called Lundenwic, an area between the Strand and the Thames, recently excavated, that was colonised by Saxons. Lundenwic was part of a network of international trading ports that existed between the late 7th century and the mid-9th century.

The first known house on the site was begun by a diplomat, Sir Thomas Palmer who was executed in 1553 before it was finished. That is what often happened in those days. The house was completed by Elizabeth I’s chief of staff Sir William Cecil, who became Lord Burghley. It is said that when Elizabeth visited him there when he was ill, her headdress was so high she could not get through the door. It was succeeded in 1676 by the very large Exeter Exchange building – popularly known as the Exeter Change – which had a narrow entrance that jutted out on to the Strand. 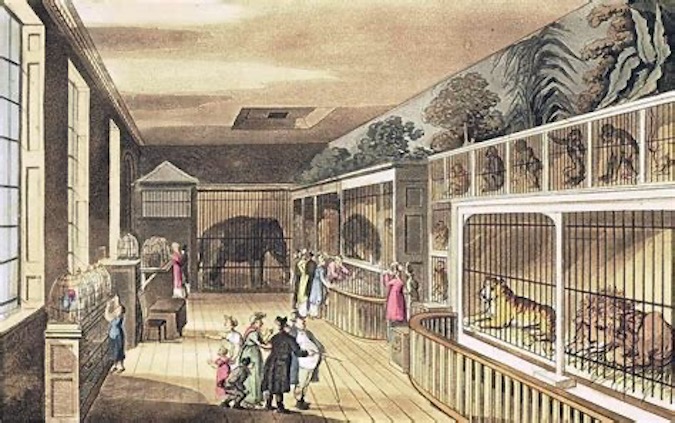 Exeter Exchange contained an arcade of almost 50 small shops, such as drapers and hosiers, but is most famous for hosting a zoo on its upper floors for over 50 years, which was dignified by visits by William Wordsworth and Lord Byron. The menagerie included lions, tigers, monkeys and a hippopotamus, all locked in small iron cages. There was also an elephant called Chunee, which was shot in its cage in March 1826 by soldiers from Somerset House when it started rampaging. Chunee’s skeleton was later exhibited at the Hunterian Museum in Lincoln’s Inn Fields. When Exeter Exchange was pulled down in 1829, many of the animals went to London Zoo in Regent’s Park and Edward Cross’s new venture at the Surrey Zoological Gardens at the Elephant and Castle.

Exeter Hall, where Albert made his speech, was the next building to appear on the site. Other events held there included a seven-hour meeting in 1834 to support the establishment of a free colony for South Australia and, in 1846, meetings of the Anti-Corn Laws League. It also served as a musical hall, where Hector Berlioz first conducted concerts. In 1880, Exeter Hall’s lease was acquired by the YMCA, which sold it in 1907 to the J. Lyons catering empire.

The Hall was torn down soon after and the Strand Palace Hotel built in its place. It opened in September 1909, and has remained there ever since and will do so at least until the next transformation takes place.

Main image: Exeter Change in the Strand by William Ellis-Rees, courtesy the Museum of London. All previous instalments of Vic Keegan’s Lost London can be found here.