Coral is a well-known bookmaker with a branch in the unusually named Horseferry Road in Victoria. Its clients bet a lot on horses, but that is not how the street got its name. Rather, it is because, centuries ago, it was the road to a ferry that bore many horse across the Thames, where Lambeth Bridge now stands.

Horseferry Road wallows in history, not least the site where the bookmaker now resides. In 1812, it was occupied by the Gas Light and Coke Company, which was the first in the world to supply gas for public use. It had two large gasometers and several small ones at the rear of its premises, which stretched an entire block from the corner with Monck Street, where the Coral shop now stands, all the way to Great Peter Street.

History was made there. British Gas can trace its ancestry back to this company, which was founded by Frederick Albert Winsor, formerly known as Friedrich Albrecht Winzer. He was an immigrant from Brunswick, who used disputed French patents to set up his business. It installed the country’s first gas-lit street lights, in Pall Mall. They soon spread out to the surrounding area. 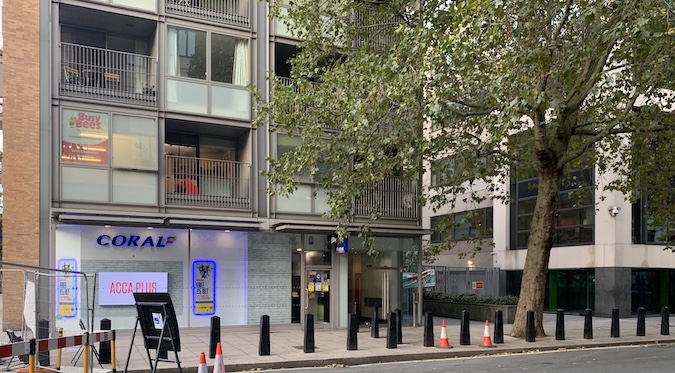 There are still hundreds of gas lights in central London – not least in St James’s Park – which can trace their origin back to the redoubtable Mr Winsor, although he was a visionary rather than an executive. The expansion of the firm was masterminded by Samuel Clegg, one of whose early decisions was to establish its headquarters at the Victoria site, rather than at Canon Row, close to today’s Westminster Underground station, where the company already had an office and a wharf. Whether gasometers would have been installed there, so close to Parliament, can only be guessed at.

The Gas Light and Coke Company company went on to take over a large number of smaller ones. By the time it was nationalised in 1948 it was the dominant force in the North Thames Gas Board, which became a big part of British Gas. It wasn’t the only world leader in Horseferry Road at the time of its foundation. Immediately opposite was the Broadwood piano factory, feted by Beethoven and others, the largest piano manufacturing works in the world. To have two global leaders across the same street from each other is, to say the least, unusual.

Frederick Winsor died in Paris, where he also worked, and was buried in the Père Lachaise Cemetery. But his London legacy is recognised by Winsor Terrace, a street near Beckton Gas Works in East Ham.