Alethea Talbot, Countess of Arundel (1585-1654), though hardly known outside academia, has a good claim to be one of the first woman pioneers of scientific method. She has faded from history almost as fast as her favoured London home, Tart Hall, which has accomplished one of the least-known disappearing tricks from British architecture’s past.

Inelegantly named yet palatial, Tart Hall was situated immediately next door to Buckingham House (now Buckingham Palace), looking on to St James’s Park. There is nothing of it left and the only inkling we have of what it might have looked like comes from a glimpse of part of it peeping out from behind the Countess’s skirt (see image below) in an etching done by the great Wenceslaus Hollar, who was employed by the family. 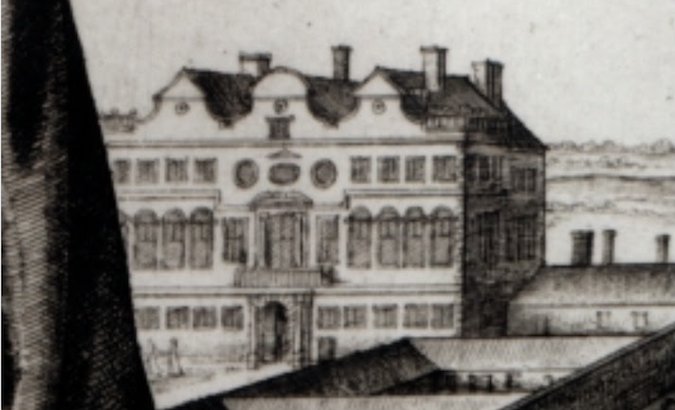 Horace Walpole described the building as “very large and have a very venerable appearance”. It was Alethea’s plaything but also as a laboratory modelled on an Italian “casino” or pleasure dome. Tart Hall wasn’t her main home. As well as being rich in her own right – her father was the Earl of Shrewsbury – she was married to the Earl of Arundel, whose family home Arundel House, between the Strand and the Thames, was one of the huge aristocratic mansions of its time. There was also a country estate at Albury and, of course, the family’s historic seat at Arundel Castle

In 1616, the Countess inherited a third of the Shrewsbury estate, which helped finance not only her scientific experiments but many of her husband’s acquisitions. When he died, Alethea inherited 600 paintings and drawings by Rembrandt, Rubens, Holbein, Titian, Brueghel and a host of others.

But Tart House was her pride and joy. It combined entertainment and art with a particular emphasis on her so-called Pranketing Room, which contained her precious collection of porcelain and was the scene of experiments employing empirical research in the tradition of Francis Bacon. 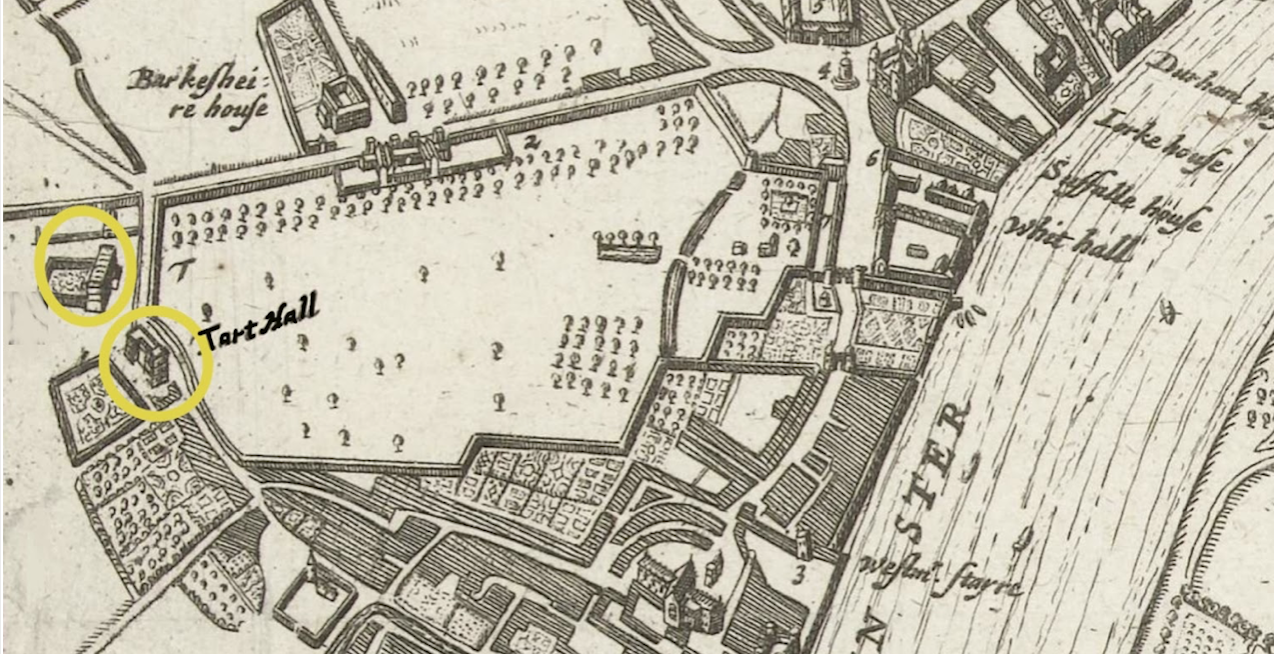 The Countess began collecting medical and culinary recipes – prescriptions might be a better word – from 1606. They were published in 1655, after her death in Amsterdam where, as a Catholic, she had moved to escape the wrath of Cromwell’s Puritans, who had ravaged Arundel House. The Book, Natura Exenterata (or “Nature Unbowelled”) contained 1,720 “secrets digested into Receipts fitted for the Cure of all sorts of Infirmities”.

The author was named as Philiatros – “friend of medicine” – with an engraving of her on the front, a clear reference to the Countess as author, even though it is not known for certain how much she wrote and how much she supervised.

If you have a swelling in the throat, it advises:

“Taka good handfull of Vervine or two, cut it small and put it in a Morter, then take ounces of Commin-seeds and pound them very fine, and lay them upon a very fine linnen cloath, and apply it to the swelling, and use it till it be whole”.

For a windy Stomach:

“Boyl a little Camomile, wild Tyme, and wild Parsley which is called Saxifrage in posset-drink made with milk and White-wine, drink a good draught thereof  fasting, and to bed∣ward warm.”

There were also outlandish ones such as “viper wine” for which you would have needed “eight gallons of sack (wine) and at least thirty vipers”. Let’s just say they were of their time.

On Alethea’s death, Tart Hall was inherited by her second son William, Viscount Stafford. He was one of the innocent victims of the infamous plot dreamed up by the Protestant priest Titus Oates in 1680 alleging a Jesuit-led plan to kill King Charles II.  It led to over 15 innocent people being executed, including Stafford, after conviction by the notorious Judge Jeffreys.

The gateway to Tart Hall was kept closed after Stafford’s last exit until it was demolished. He is remembered today by Stafford Place, a site that once formed the grounds of Tart Hall and is its only abiding memory.

Many of Vic Keegan’s Lost London columns are available in book form. Buy a copy HERE.