Skip to content
It once dominated one side of Trafalgar Square, now little bits of it can be found in the east and west of the city
Victor Keegan

Many buildings have been lost from around Trafalgar Square, but none as enormous as Northumberland House, the last and biggest of the majestic aristocratic houses that once dominated the whole of the southern side of the Strand.

It started life as Northampton House before coming Suffolk House and then Northumberland, when it was sold to the Earl of Northumberland in 1640. It remained in the family until 1866, when, by that time owned by the then Duke of Northumberland, it met a force even greater than itself – the Metropolitan Water Board in 1874 under the leadership of Sir Joseph Bazalgette, who wanted to build a road from Trafalgar Square to his newly planned Embankment. What Bazalgette wanted, Bazalgette got. The Duke accepted an offer of £500,000. As a small gesture to history the new road was named Northumberland Avenue. 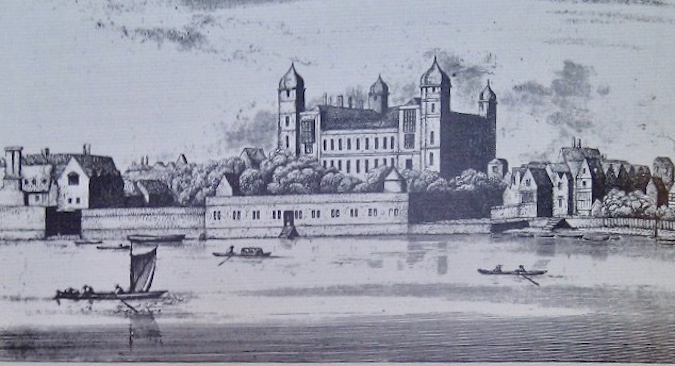 The only way to appreciate what the Strand looked like in those days is to view it from across the river (see picture above) and imagine that the entire Thames frontage was taken up with huge mansions owned first by bishops and later by aristocrats who wanted to be a short journey by water from the power and patronage of Whitehall. None survive to this day apart from Somerset House, which was a much later reconstruction.

The image at the top of this piece is a rare photograph of Northumberland House, taken in 1845. All previous pieces in Vic Keegan’s Lost London series can be found here.