London’s “ragged” schools, where philanthropists financed basic education for the poorest of the poor, are thankfully a thing of the past. But in their time they filled a vital need that governments were not yet prepared to provide.

The schools are long lost, yet some of the buildings remain, often converted for other uses like the one in Newport Street, Lambeth, built in 1851 by Henry Beaufoy in honour of his wife, to help educate the children of the destitute. It is now an atmospheric café and gallery called Beaconsfield and well worth a visit.

If, however, you want to experience something of what it was like in those dreadful days, the Ragged School Museum in Mile End, not far from the station, is a must. It is housed in one of the early schools founded by that amazing Irishman Thomas John Barnardo, who provided education for destitute children irrespective of religious belief or nationality. Barnardo’s homes still do enormous good work for poor children. 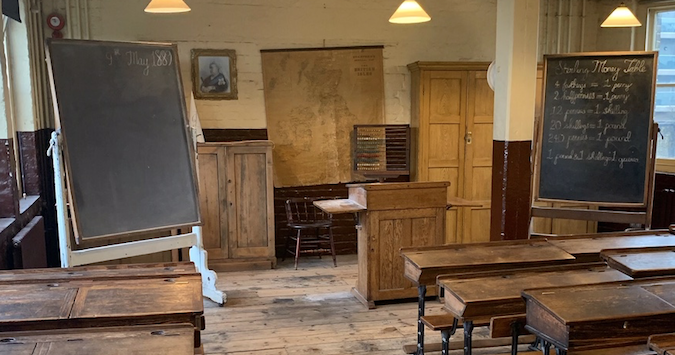 On entry, you are propelled into the past with classrooms much as they used to be, and which are used to conduct lessons with visiting schoolchildren who are apparently enthralled by the experience of being taught (by actors) in a strict Victorian manner.

Known as the Copperfield Road Ragged School, it opened in 1877 in converted warehouses along Regent’s Canal. By the time it closed in 1908, thousands of local children had been educated here, with many of them being found jobs. Ragged schools, which started at the end of the 18th century, spread nationally, helped by social reformers like Lord Shaftesbury and Charles Dickens.

Story boards around the museum recall the terribly overcrowded conditions in which families had to live in those days. During the cholera epidemic of 1866, three times as many people died in the East End than in the whole of the rest of London.

The museum buildings are clearly in need of refurbishment and ambitious plans have been submitted to the Lottery Fund to make better use of the spacious building, including a canal-side café. It is to be hoped that they will be successful. We should never be allowed to forget the history of ragged schools.