In London, almost 250,000 households are on waiting lists for social housing. Stuck for space to build and with Londoners increasingly concerned about worsening housing costs, public authorities are increasingly looking at how they can make better use of the land they have. Many have large stocks of postwar buildings of variable quality and unusually low density for a capital city. Unsurprisingly, they are turning their eyes to how they can redevelop those buildings to provide more sorely-needed homes.

Enter Mais House on the Sydenham Hill Estate in Lewisham, a former sheltered housing block consisting of 63 homes. The landowner, the City of London Corporation, moved the elderly residents out in 2018 as the building does not meet contemporary building or fire safety standards. It has sat empty since. Adjacent to the site, on Otto Close, is a row of garages.

The City made plans to redevelop Mais House and the Otto Close garages. Initial discussions suggested as many as 175 homes could be provided on the Mais House part of the site alone. Embarking on the predictable rigmarole of the planning process, the City conducted over 40 consultation events with locals. As always, some of these locals pushed for a more “sensitive” development – meaning a smaller one. The scheme was chopped and changed repeatedly, until it was pushed down to 110 new social rented homes of various sizes, for up to 344 people. That was substantially lower than the initial goal, but 344 people off the social housing waiting list is still not to be sniffed at.

This plan was eventually approved by Lewisham Council’s planning committee in August 2020. But unfortunately, the substantial reduction in the size of the scheme was still not enough for a group of local residents calling themselves the “Friends of Mais House”. They had expressed concerns that the site is close to Sydenham Hill Woods (and, presumably, to the homes of some of them) and that the new roof would be visible above the trees. They were also not happy about the felling of 19 trees, even though 45 new ones were to be planted.

Lewisham had already decided that the scheme’s benefits outweighed such downsides. So the Friends of Mais House launched a judicial review – a court challenge questioning the legality of Lewisham’s decision. And it seems they and their supporters have deep pockets, because they successfully raised over £35,000 to do so. That is an astonishing amount of money – in fact, it is approximately as much as it costs to keep four households in Lewisham in temporary accommodation for a year, while they wait for social housing.

Shifting from the previous environmental concerns, the judicial review bid focused instead on the site’s proximity to the Lammas Green conservation area. This takes in a fairly unremarkable postwar housing estate (pictured below) which would probably attract vicious local opposition on design grounds if you tried to build it today. 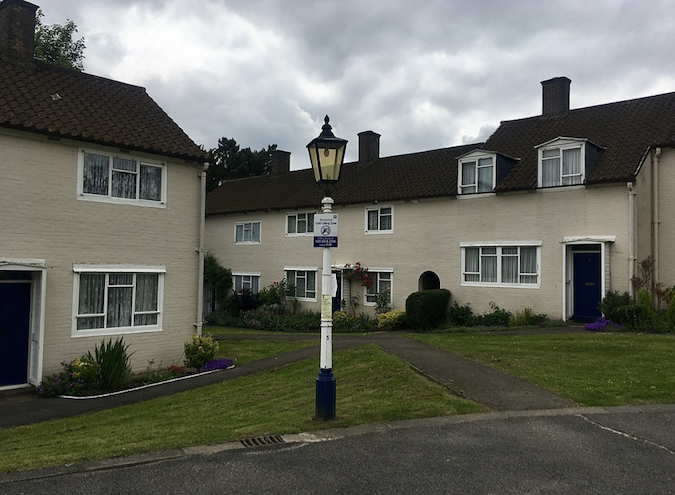 Lewisham’s decision fell foul of the judicial review on four technicalities. First, that it had failed to apply weight to the “harm” to the nearby buildings. Second, that it had not declared that the senior conservation officer had opposed the development. Third, that it did not make all background papers available (recall that planning documentation will often cover hundreds of pages). And fourth, that the application was not reviewed by the Design Review Panel post-application (although the panel had seen it no less than three times at pre-application stage).

Friends of Mais House were jubilant. And curiously, for a campaign against 110 social homes, they described themselves as “social housing campaigners… check[ing] Lewisham Borough Council and the City of London Corporation from building an enormously over sized development”.

Their jubilation was not to last. None of the above technicalities mean that Lewisham’s approval of the development was incorrect, even in planning policy terms. They just mean that the council did not demonstrate full adherence to the (extraordinarily bureaucratic) process. So Lewisham took it back to planning committee, mostly unamended, but following the process more cautiously. The application was approved again in June, after almost a year’s delay caused by the judicial review in addition to two years of planning consultations.

The only people to come laughing out of this situation are presumably the lawyers who received Friends of Mais House’s £35,000 fundraiser. Meanwhile, public money and resources have been wasted on defending what was clearly a policy-compliant decision in the first place. 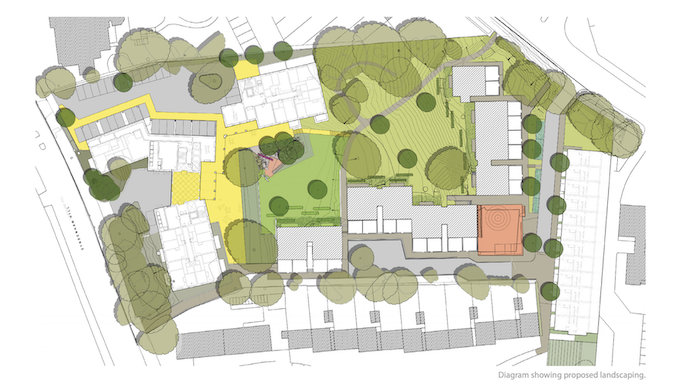 This farce causes two questions to spring to mind. The first is how small is small enough? The scheme had already been chipped away at via local consultation, with each lost home another family stuck for longer on the waiting list. And yet the campaigners continued to push for fewer homes, all the while insisting that they were a “social housing campaign”. The arguments they presented against the development shifted like sand, failing to acknowledge any of the substantial mitigations already included.

The second question is if you can’t make them happy, why bother at all? What is the point of the public consultation process if it is co-opted by a vocal and well-funded contingent of the already-housed? The intended residents of the new homes are unlikely to have been able to raise £35,000 to battle in favour of it. And that’s even assuming they’d hear about it in the first place, when the planning system by its nature focuses on the views of nearby neighbours and not potential residents further away in the borough.

All the more curious, then, that Bellingham councillor Alan Hall, speaking at the second planning committee meeting, queried “Who exactly is in favour of this application?” Perhaps the 344 people who would like to live in it?

Anya Martin is director of PricedOut, England’s campaign for housing affordability. PricedOut calls for action from government to build more homes and reduce the cost of decent housing. Photo of Lammas Green area housing by No Swan So Fine.