It was Leo Sayer’s view that everybody knew you had to “leap across the street” called Ladbroke Grove, a road that runs on a north-south axis through much of the Kensington parliamentary constituency and leads you through some of London’s most famous and contrasting neighbourhoods. One of my first Londoner friends, who lived just off the Grove, thought Sayer’s characterisation melodramatic and daft. But outsiders, more familiar with the street’s reputation than its reality, could understand what the singer-songwriter “one man band” had been getting at when he wrote the song of that name in the early 1970s.

Ladbroke Grove bisects Notting Hill, which was not synonymous back then with a Hugh Grant romcom and David Cameron’s fashionable set, but with slum landlord Peter Rachman and the 1958 riots involving the area’s then newly-settled migrants from the Caribbean and violently racist Teddy Boys. That violence and the backdrop to it were central to Colin McInnes’s epochal 1959 novel Absolute Beginners. The Notting Hill Carnival was founded in response to the riots, conceived as an attempt to foster better community relations. But the Carnival itself was the setting for more confrontations in 1976, this time between young black Londoners and the police. The Clash, punk rock royalty of the manor, made a record inspired by the mood of that time.

But the other Notting Hill was gestating. It was an arty, bohemian place too and already, high, handsome terraces like Elgin Crescent were owned by TV producers and the like. And as you walk north from Holland Park station, you soon come to Kensington Park Gardens on the right, the street of wedding cake mansions at the summit of the Hill where Nick Guest, hero of Alan Hollinghurst’s fabulous The Line of Beauty lodged with the wealthy family of a Conservative MP during Thatcherism’s white hot peak.

I walked down it on Saturday, encountering couples and little clusters of prosperous-looking young people filming and photographing themselves and each other, many speaking with foreign European accents. Were they residents or visitors or some second home-owning hybrid of both? And I saw the first political posters of my visit: an orange trio in favour of Sam Gyimah, Liberal Democrat. The Lib Dems have been working this seat hard, and Gyimah, until recently a Europhile Tory minister and before that a Cameron PPS, is one of their London star recruits. There was his name, up in lights in the street of Hollinghurst’s Feddens. Is he cutting through the True Blue? 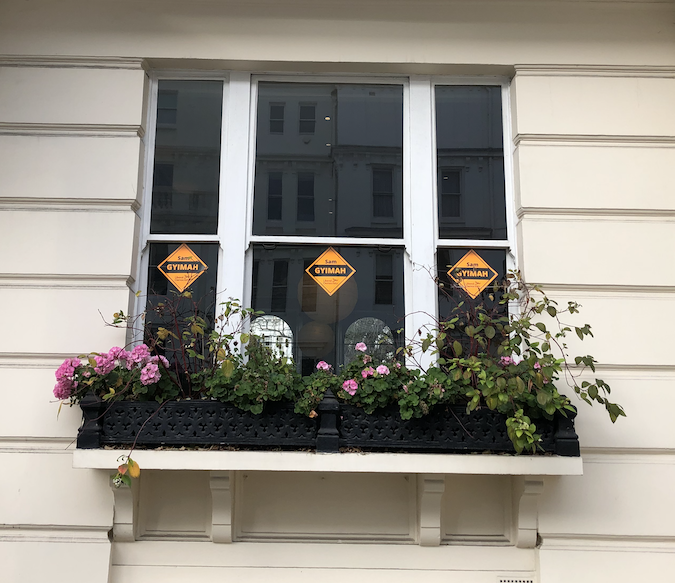 Back on the Grove and down the slope, a bus stop was the setting for the first sign of Labour activity: two little stickers in praise of incumbent Emma Dent Coad applied to a Transport for London public information poster. Dent Coad won the seat, sensationally, last time by a margin of just 20 votes. The local councillor and art historian, who had been fighting gentrification “one cupcake at a time”, found herself in the House of Commons and then, within a week, coping with the horror of Grenfell, a short walk west of Ladbroke Grove by the Westway flyover.

As MP, Dent Coad has been angry, vocal and a bit accident-prone, frequently lacerating the Tory-run borough of Kensington & Chelsea about the fire, but also being on the same side as constituents and the council against Sadiq Khan over a proposed cycle lane on Holland Park Avenue and Notting Hill Gate (successfully) and against the building of a tall new hotel (unsuccessfully). She has a varied voter coalition to represent. 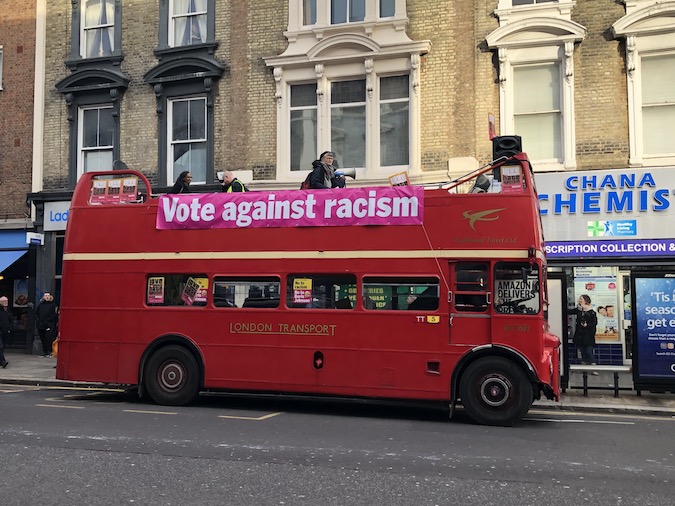 Running parallel to Ladbroke Grove is Portobello Road, home to one of London’s most famous markets. It’s sometimes said that the market has lost its identity because of “the rich” moving in, but each time I visit I’m struck by how similar it feels to when I lived in a tiny bedsit on the street, just north of the Westway, in 1979/80: record stalls, incense, hand me down fur coats; a reggae singer wailing for repatriation; black-and-white photos of Mick and Keith.

A bit further east, 8 All Saints Road is marked with a blue plaque on honour of Frank Crichlow, whose Mangrove restaurant was there. The police raided it repeatedly in 1969 and ’70, leading to protests, a celebrated court case and a challenge to racism in the Met. But there was more trouble in 1988 and Crichlow was charged with drug offences. He was acquitted and won £50,000 in compensation, but the Mangrove closed in 1992.

There’s a different kind of restaurant there now, but anti-racism activity continues. At the junction of Ladbroke Grove and Lancaster Road, opposite Ladbroke Grove Tube, a Love Music Hate Racism open topped bus provided a pounding soundtrack and a megaphone commentary against the sins of Boris Johnson. The Prime Minister was rebuked too on fliers, which urged people to “vote for candidates who will stand up to racism”. No particular candidate was named, but a guy with a megaphone endorsed Jeremy Corbyn, “a man who has fought racism all his life” and was arrested for opposing apartheid, you know.

Lancaster Road leads to the Lancaster West estate from which the remains of Grenfell Tower rise, the black shell now covered in a protective wrap bearing green hearts. After giving it silent minute of my time, it was time to turn back and reflect upon this seat of contrasts and conflicts, now the site of a three-way general election battle.

The Conservative candidate is Felicity Buchan, a Brexit-backer who contested South Down in 2015 and South Shields in 2017 but has long lived locally. Opinion polls have put her in the lead, with Giymah second and Dent Coad third, but the surveys have the three quite closely bunched. How will Kensington’s votes be shared? Which version of Kensington will prevail?

The Lib Dems have never been contenders here before, but the constituency voted strongly to Remain – by about 69 per cent – suggesting that some of its Conservative voters might not be quite at ease with the “Boris Brexit” being offered them or the re-fashioned Tory party as a whole. So they might switch to an ex-Tory moderate like Gyimah, who gave a polished speech at the launch of the Lib Dems’ business manifesto last week: “All that Brexit presents us with is the illusion of sovereignty, not sovereignty itself. Each of those 27 countries will have a veto on what we want. That is not sovereignty.” 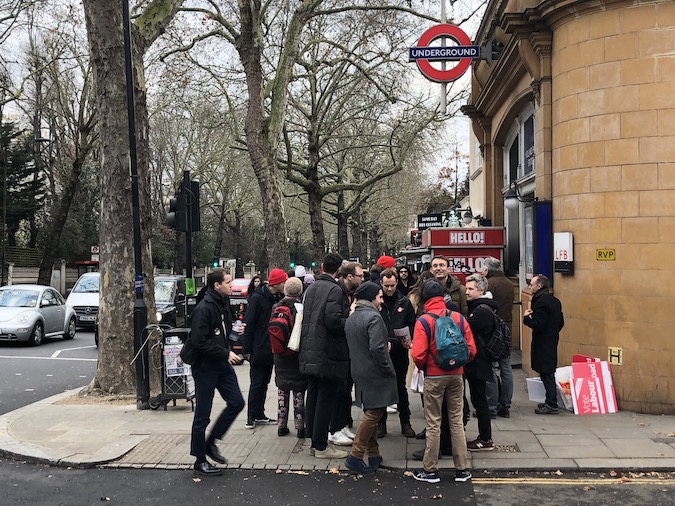 Giymah might also be more attractive than Dent Coad to some Remainers who voted tactically against the Tories last time. She is firmly on the party’s Corbynite wing. In the aftermath of Grenfell, I bumped into her walking the Labour leader along the line of the Westway where it passes Lancaster West. While Martin Moore-Bick’s inquiry into the fire sifts through thousands of documents, seeking key facts to piece together to explain what occurred, for Corbyn the explanation was immediately plain: people died at Grenfell “for the simple reason that they were poor”. Labour still looks strong in the seats’s five north wards, homes to its 13 councillors.

It’s now a cliche of commentators to be appalled by the wide discrepancies between Kensington’s very, very rich and those struggling to get by, but the “Two Cities” narrative misses nuance, middle ground and a strand of cosmopolitanism that expresses itself in many forms. How it will do so at the ballot on Thursday is far from clear.