London’s high and sometimes punishing cost of living is routinely (and quite correctly) associated with housing and transport, but the expense of the city’s childcare often goes unrecognised. As the 2020 London Mayor election appears on the horizon, it is a big issue that is likely to get too little coverage during the campaign. On London‘s small attempt to put that right begins here with some figures recently compiled by Coram Family and Childcare (formerly known as the Family and Childcare Trust) for its 19th annual childcare survey, based on information provided by local authorities in England, Scotland and Wales.

Regional price breakdowns show that Londoners pay considerably more for 25 hours of childcare a week than people anywhere else, whether it is provided by a nursery or a childminder. In Inner London, the average figure for an under two-year-old in a nursery was £174.54 per week and £163.01 for a two-year old in 2018, while employing a childminder for the same age groups cost £159.46 and £156.91 respectively. The equivalent figures for Outer London were a little lower, by between £10 and £25. These were by far the highest rates in Britain, with only the east and south east of England coming anywhere close. 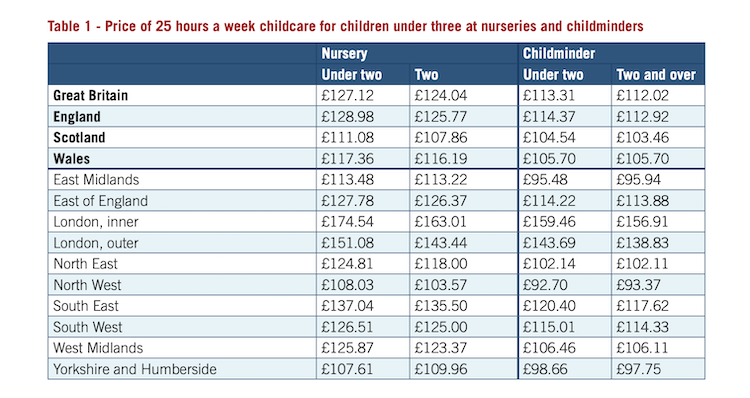 For 50 hours a week for he same age groups of children under three, the Inner London nursery rate was a table-topping £329.54 for an under two and £313.24 for a two-year-old. Again, all London prices were clearly the highest for under threes, whether cared for by nurseries or childminders. 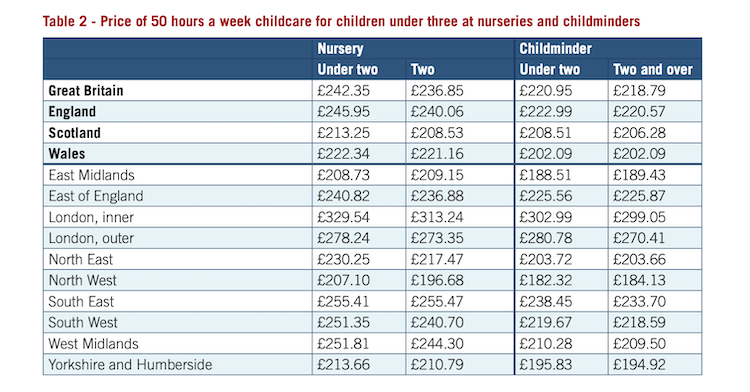 For older pre-school children too, when free childcare entitlement comes into the picture, Inner and Outer London are comfortably first and second in the national league. 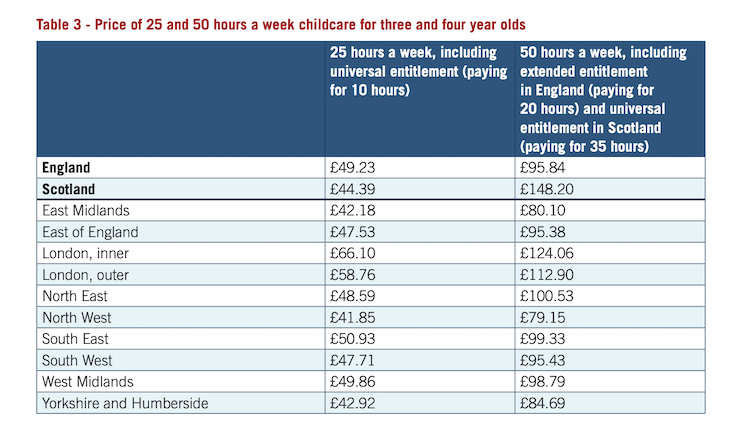 Only when considering the costs of after school clubs or childminders for five to eleven-year-olds did London move down even a rung or two compared with every other nation and English region. You can read the national survey in full here.

What can a London Mayor do to help? A “parental employment project”, funded by the European social fund, was launched under the current one in September. There is also a two-stranded London early years campaign designed to help parents find out about childcare support options. Could Mayor Khan do more. Do any of his rivals for the mayoralty have different, possibly better, ideas? If so, On London will be keen to report them.

OnLondon.co.uk exists to providing fair and thorough coverage of London’s politics, development and culture. It depends on donations, including from readers. Could you spare £5 a month to held the site keep going and growing? If so, follow this link. Thank you.