The capital has seen powerful and moving demonstrations of support for the people of Ukraine and condemnation of that country’s invasion by Vladimir Putin’s Russia, including at Wembley Stadium where players and supporters of both Liverpool and Chelsea – owned, of course, by the Russian oligarch Roman Abramovich – made their feelings known. At the London Stadium, West Ham fans expressed their solidarity with their Ukrainian player Andriy Yarmolenko.

The dedicated event of the day, though, was in Trafalgar Square, where thousands gathered, including Russians as well as Ukrainians. Nelson’s Column was lit up in yellow and blue (main photo, tweeted by the Mayor’s press team). Here are some more photos from the demo, starting with this from @cocolibrarian: 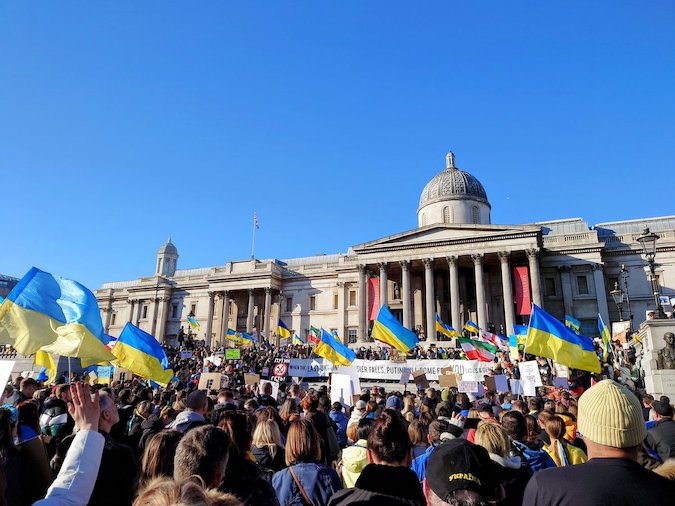 Tom Hamilton (@thhamilton) was there too: 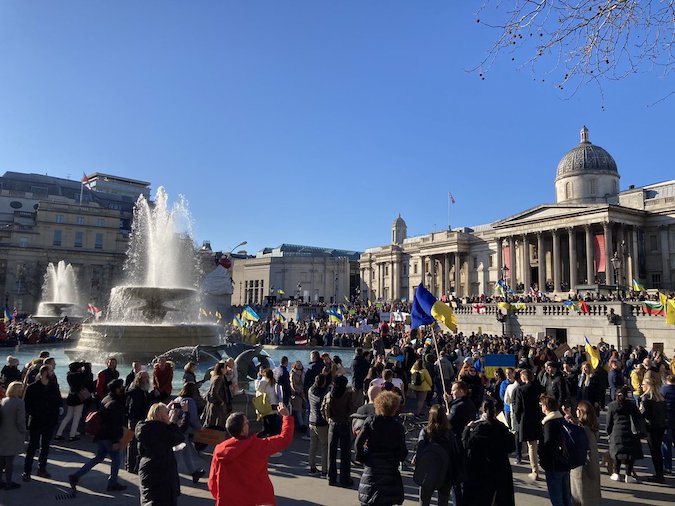 And this from @GalwayGirl. 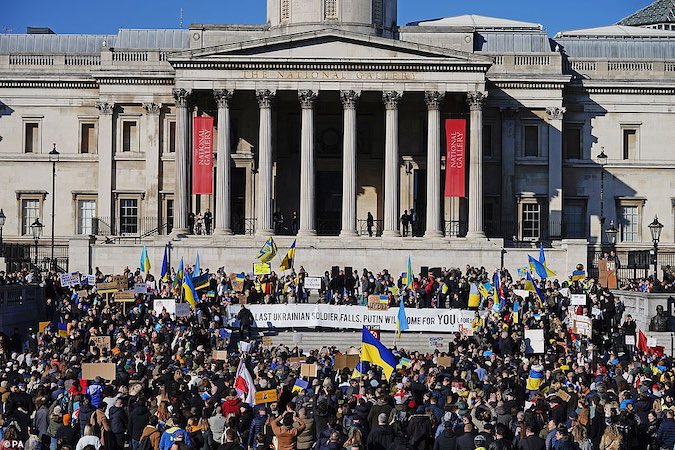 Wish I could have been there in person as well as in spirit. St Martin-in-the-Fields was lit up too.