In 2017 a public consultation took place about proposals to improve Clerkenwell Green by creating “a more pleasant and greener local environment”. Yes, it was finally admitted that the green was green no more and hadn’t been for hundreds of years.

Indeed, if you had to assign a colour to this intriguing area of small businesses and big politics it would more appropriately be red, given that radicals have been attracted to it since medieval times like bees to a hive. And in this Clerkenwell was ahead of its time – what was radical in the past is the status quo today.

Clerkenwell’s love affair with social change goes back to at least 1381 during the Peasants’ Revolt, when Wat Tyler and his insurgents from Kent protested there about the imposition of a poll tax on everyone irrespective of wealth, an experiment that would remain unpopular.

Much later, the Chartists, working-class agitators, often held meetings on or near the Green. In 1816 they were addressed by ”Orator” Henry Hunt, campaigning for such dangerous policies as universal suffrage (albeit just for men) and the abolition of “rotten boroughs” such as Old Sarum, which had no inhabitants yet sent two MPs to Parliament while big industrial conurbations like Manchester had no MPs at all. The Chartists continued to gather, even after 1842 when Robert Peel banned them. All of their top six demands have been met except for one: annual parliaments. Give them time. 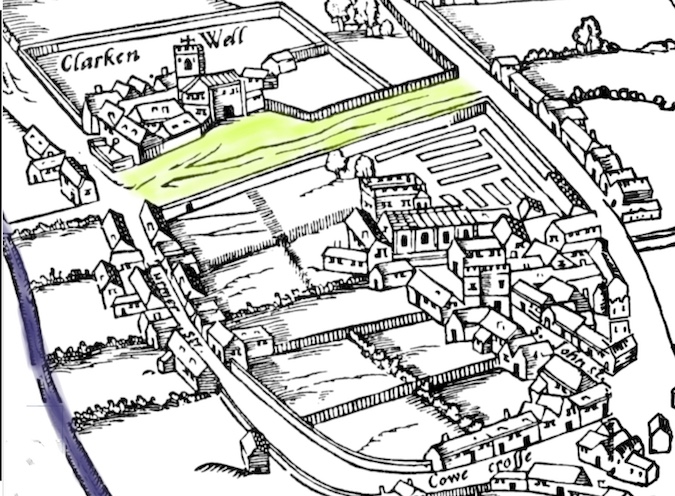 It would take a book to document Clerkenwell Green’s radical vibes, which have been described by Peter Ackroyd as an “essential presence”. In the late 1760s John Wilkes, the “champion of liberty” who had been born in a nearby street, addressed a meeting there. In 1826 William Cobbett spoke against the Corn Laws, which kept food prices high for the poor, to a large crowd gathered on the Green.In the 1860s the Reform League, which had particularly strong local support, held mass meetings here as did Fenian agitators both before and after the infamous Clerkenwell Explosion of 1867 .

Eleanor Marx Aveling, daughter of Karl Marx, spoke at a gathering of the unemployed on Clerkenwell Green in October 1887 before proceeding with them to Trafalgar Square behind a red flag. Soon after, William Morris addressed a crowd of some 5,000 on the Green before it headed for the same destination and was attacked by police in what became known as “Bloody Sunday”.

The nearest thing to a memorial to the area’s past is 37a Clerkenwell Green (on left of main photo), where the London Patriotic Society was formed in July 1872, partly by John Stuart Mill, on a site which once housed the Welsh Charity School for girls and today hosts the Marx Memorial Library.

The Patriotic Society was regarded at the time as one of the most progressive of the capital’s working men’s clubs, though it was not so radical or progressive that it admitted women even though in theory, despite its name, they were allowed to be part of it. Its membership and shareholders were nearly all local men, with skilled workers making up 80 per cent of them.

Number 37a is also where, in 1902-03, Vladimir Lenin edited and published a number of editions of his Iskra journal, which was smuggled into Tsarist Russia to stir revolutionary fervour. It is said that in 1903 at the Crown Tavern a few yards away, Lenin had a drink with Joseph Stalin, who was visiting London on party business in 1903, though this has never been confirmed. If only walls could talk.

The Marx Library may be sitting on a deeper secret. The building which commemorates the author of the slogan “Religion is the opium of the people” may be standing on the site of a medieval religious building – Saint Mary’s Nunnery, which dates back to the 12th century. In the basement of the library are the well-preserved remains of what looks like a crypt (photo below). It may have been the cellar of one of the houses that once stood there or an outlying building of the nunnery itself. 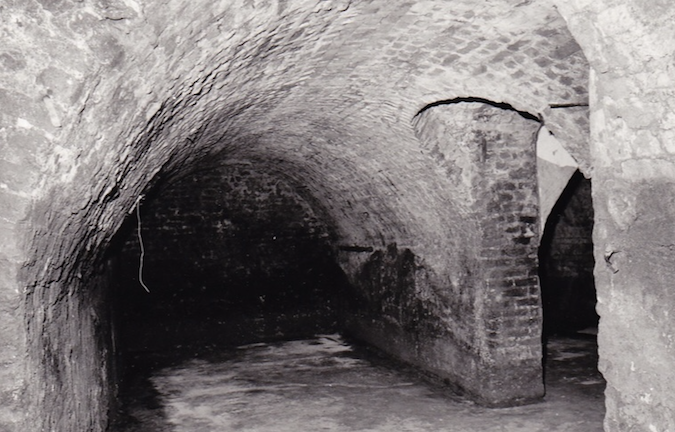 As for the future, time will tell whether Clerkenwell Green’s plan to re-green itself is a harbinger of yet another revolution still to come.

This article is the 21st of 25 being written by Vic Keegan about locations of historical interest in Holborn, Farringdon, Clerkenwell, Bloomsbury and St Giles, kindly supported by the Central District Alliance business improvement district, which serves those areas. On London’s policy on “supported content” can be read here.