Skip to content
A criminal and spy favoured by Charles II, he had a nice little place on Tufton Street
Victor Keegan

On August 24, 1680, a man died and was buried in the graveyard of New Chapel, an overspill cemetery of St Margaret’s Church – almost next door to today’s Albert pub in Victoria Street – where his body still resides. Soon after, he was dug up again because a lot of people refused to believe he was dead.

And with good reason. This was Colonel Thomas Blood, the Irishman described as “the greatest rascal in British history” and said to have shed more innocent blood than any other adventurer of his day. Blood’s impersonation skills were so formidable and his ability to leave the scene of a crime undetected – such as when he tried to murder the Duke of Ormond – so seemingly miraculous that many would  not accept that it was his body that had been buried, not least because Blood had just been ordered to pay £10,000, which he did not have, to the Duke of Buckingham following a court case and had good cause to, so to speak, lie low.

His greatest feat of escapology was stealing the Crown Jewels – at least for a brief period – and instead of being executed, as would have happened had he stolen a sheep, he was reprieved by Charles II in person in Westminster Hall and given back his estate in Ireland plus a £500 a year pension. Talk about the wages of sin! 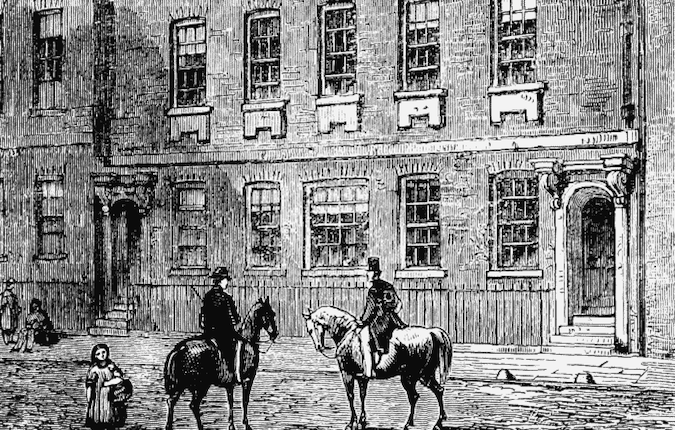 Why Charles granted this extraordinary act of clemency is still a bit of a mystery. Blood’s actual words to the King were: “If his Majesty would spare the lives of my friends and myself it would save His Majesty and his minister further harm, and His Majesty would make his enemies his friends.” Did Charles genuinely feared that if he executed Blood his associates might kill him? There were a lot of plots around. Or was it because Charles thought it was all a bit of a joke or, maybe more likely, that Blood’s value as a spy outweighed other considerations?

When Blood’s body was dug up, the coroner summoned a jury and called upon his relatives to identify the remains. The only way they could do this was by recognising the abnormal size of his thumbs, whereupon he was reinterred and left to rot in what used to be called Tothill Fields, where he still resides under the last bit of greenery left in Victoria Street. A local resident at that time, he had a house on the corner of Great Peter Street and Tufton Street (image above).

Photograph by Vic Keegan. All previous instalments of Vic’s Lost London series can be found here.