Skip to content
There's a clue in the title
Victor Keegan

Even local residents might be surprised to learn why one of the busiest streets in Victoria is called Horseferry Road. Today, it leads cars and pedestrians to Lambeth Bridge, but in days gone by it led, as its name suggests, to a ferry that carried horses. It was the only way that they, the main means of transport in London in those days, could cross the Thames unless the sole other option was taken, the narrow, congested and expensive London Bridge.

It still beggars belief that for over 500 years the great capital city had only one bridge across its central river. The reason for that is simple: powerful vested interests wanted it that way. It was the result of an unholy alliance between three groups – the Archbishop of Canterbury at Lambeth Palace, who collected lucrative charges for the horse ferry, the thousands of wherrymen, who ferried people across the Thames in small boats, and the City of London, which ran London Bridge.

The profits from London Bridge were so huge that the trust established by the City in 1282 to maintain the bridge, Bridge House Estates, is still making money from them, and supporting good causes through its charitable arm. The City and the Archbishop thus stood to lose huge sums of money from any change, and the wherrymen rightly feared for their jobs. Thus did self-interest create the strongest monopoly this country has ever known. 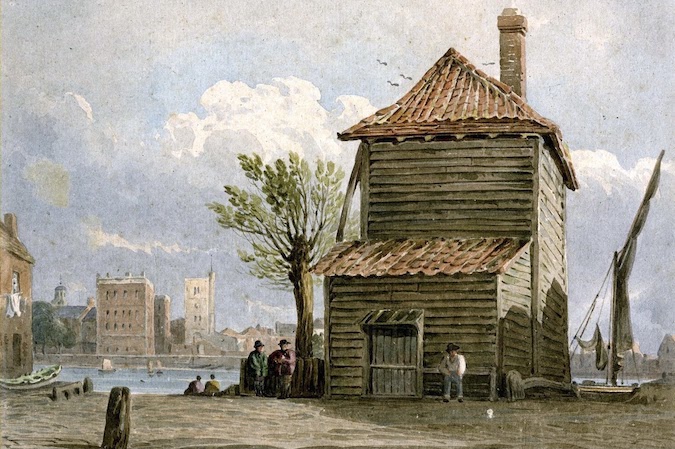 A serious proposal for a second bridge was made in 1664, but was fiercely resisted by the vested interests. It ended with the City giving Charles II £100,000 – an enormous sum in those days – to scrap the whole idea. Doubtless at the time it would have been promoted as a charitable contribution. Today we would call it a bribe.

The absence of competition enabled the horseferry at Lambeth to continue with its charmed existence until the original Westminster Bridge was finally built in 1750. As with so many monopolies, there wasn’t as much investment in infrastructure as there should have been, and the ferry frequently sank.

Among the celebrity sinkings, two stand out. The horses and servants of Archbishop Laud were sent to the bottom soon after his arrival at Lambeth Palace. Happily, no-one died but the incident was later regarded as an omen for the Archbishop’s later execution at Tyburn for his un-Puritanical beliefs. A decade later, a similar fate befell Oliver Cromwell’s coach and horses. This too was seen as a bad sign, not least because the ferry itself had been confiscated by the Protectorate during the Civil War.

These accidents were only remembered because of the famous people involved. There must have been lots of others, as can be gleaned from the paintings of the time, which suggest an unstable journey. It is not even clear what the means of propulsion was. Some paintings make it look as if poles were used to punt the ferry across, which must have been very dodgy in rough weather.

The most famous event involving  the ferry was in 1688, when Mary of Modena, James II’s queen, escaped on it in stormy conditions with her baby son and two nurses. When she reached the other side, she had to crouch against the church wall of St Mary’s church next to Lambeth Palace to wait – or so some accounts claim – for her connecting coach to arrive. The following day, James himself fled across the river in a wherry, casting his seal of office into the Thames en route (months later it was reportedly picked up accidentally in a fishing net).

The horseferry closed after the Westminster Bridge was built. The Archbishop of Canterbury received £3,000 in compensation, a very large sum at today’s prices. It is an ill wind that blows nobody any good.

Main image: The Thames at Horseferry by Jan Griffier, 1706 (Museum of London). The other painting shows the ferry building on the Millbank side and is by John Varley. All previous instalments of Vic Keegan’s Lost London can be found here and a book containing many of them can be bought here. Follow Vic on Twitter.