Skip to content
Sarah Olney lost by a whisker to the Brexiter Tory in Richmond Park two years ago, but believes voters in this elegant suburban seat are turning her way
Dave Hill

If this is a “Brexit election”, Remainers’ desperate hopes of “winning” it in the form of a Remain-leaning hung parliament and securing a “Peoples’ Vote” may depend on the Conservatives losing enough seats in London to help outweigh gains they look on course to make in the North and Midlands of England.

Opinion polls suggest a good dozen outcomes in the capital will be close, but although the Tories appear, yet again, to be doing less well in London than outside it, the polls also make it easier to imagine them breaking even on Thursday than sustaining large losses.

One of the few Conservative seats the evidence suggests is odds-on to change hands is Richmond Park, where long-standing Eurosceptic incumbent Zac Goldsmith is defending a tiny 45 vote majority against Liberal Democrat Sarah Olney, with all other candidates, including Labour’s, far behind.

It isn’t hard to see why Olney is, to use her word, “optimistic”: she’s taken the seat off Goldsmith before, in a famous by-election held three years ago after Goldsmith kept a promise to resign his seat in protest against Tory government plans to expand Heathrow and to defend it as an Independent. But though the contest was brought about by an aviation issue, it was widely seen as more of a local plebiscite on Brexit, coming just six months after the EU referendum itself. Richmond Park voters are estimated to have voted Remain to the tune of 72 per cent. Goldsmith’s 23,000 majority vanished.

And yet, returning six months later to fight again as a Tory, he clawed back just enough support to scrape home. If Olney now has the edge again, what has changed? “It’s less about Zac, and it’s more about Boris this time,” she says. “He’s the one that they dislike. They don’t trust him. They don’t see him as a responsible person who’s got the best interests of the country at heart.”

Is Brexit the biggest thing on the doorstep? She pauses before replying. “Um, I think it is, but I think what’s changed since 2017 is that the Conservative Remainers in particular were happy to trust Theresa May. They thought she was a grown-up, she was diligent, she would make the best of it. They just don’t feel like that about Boris.” 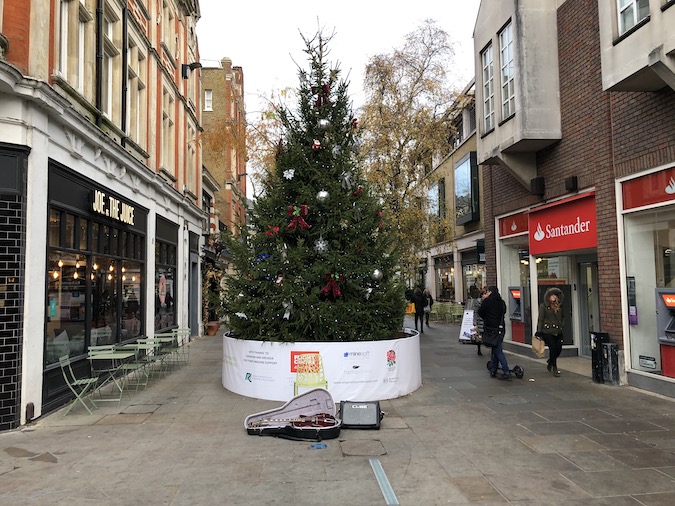 Looked at another way, the Stop Brexit and Stop Boris tendencies have lots of overlap, but Johnson’s character has broadened the base of anti-Tory sentiment, in Olney’s view. She’s pretty generous about Goldsmith: “There’s quite a wide range of views about Zac. Lots of people like him as a person and think he’s been a good constituency MP – on the doorstep, the Conservatives are more likely to stress that”. But on the other hand: “Some people feel that as much as he might still protest his opposition to Heathrow, he’s now [as an environment minister] a member of Conservative government that supports it.”

Heathrow still matters in these parts, though Olney describes quite nuanced attitudes. “Everybody hates the noise, everyone’s worried about the impact of a third runway,” she says, and it won’t hurt her chances to be able to say that the Lib Dem manifesto opposes any airport capacity expansion in the south-east, saying other parts of the country should get it instead. And yet: “One of the reasons people live in Richmond is because it’s easy to get to Heathrow.” That observation gives an insight into the seat’s social character: most of its residents are highly educated, in good jobs, of liberal views and, overwhelmingly, in social classes ABC1. These are people for whom foreign travel is routine.

Richmond Park comprises seven wards in the borough of Richmond upon Thames and four in the neighbouring Kingston upon Thames, prompting candidates and others to sometimes add an unofficial “and North Kingston” to Richmond Park’s name to assure voters in the Kingston wards that they care. Last May’s borough elections saw the Lib Dems surge back into control of both councils, but the Richmond Park wards returned 15 Tories to 17 Lib Dems and one Green, so it was tight in that respect.

A more recent indicator, though, saw a big leap in Lib Dem support. In July, a by election in the prosperous East Sheen ward saw them retain their single seat there with a very big swing in their favour. “A populist, quasi-revolutionary brand of Brexit Conservatism goes down badly in places like East Sheen,” wrote Lewis Baston at the time. That was just before Theresa May stepped down as Prime Minister. As Olney says, the “Boris” brand of Brexit seems unlikely to appeal.

Richmond Park electors live in a part of Outer London where quality of life is high and stoutly protected, complete with riverfront, wetlands and gorgeous parks. “The Tory tree-huggers are out in force for Zac Goldsmith,” wrote Jonathan Prynn in the Evening Standard last week, going on to document how the multi-millionaire environmentalist and former editor of The Ecologist magazine is stressing his green credentials as he battles to hold on. The Prime Minister’s girlfriend Carrie Symonds and her dog have been along to lend a helping hand.

The Green Party’s Richmond Park candidate stood aside as part of the Remain Alliance arrangement, having done the same in 2017 and for the the 2106 by-election, though, partly for that reason, Olney finds it hard to quantify the size of the Green vote. Neither does she assume it will all fall into her lap, despite the apparent success of a limited Lib-Green pact for the borough elections (which helped the Greens secure three council seats). Green politics in Richmond are of a different shade from those in, say, Lambeth.

Goldsmith is also seeking support by opposing Kingston designating two golf courses as possible sites for housebuilding and campaigning for the swift repair of Hammersmith Bridge, whose closure is causing congestion in East Sheen and Barnes. Olney says the snarl-ups are “appalling”, but rubbishes Goldsmith’s enthusiasm for a mooted temporary short term replacement, saying she has learned of a confidential TfL assessment that it would cost around £12 million, not the £5 million reported, and mean knocking buildings down to accommodate it.

Another Goldsmith ploy has been to urge voters that a vote for Olney could be as good as a vote for a Jeremy Corbyn-led government, furnished with the imaginative claim that the Labour leader is “supported” by the Lib Dems. He’s not the only Tory doing this kind of thing in seats with a lot of blue Remainers. But Olney claims his campaign is up to other tricks as well. She relates a story she says she was told by a woman who normally votes Conservative, but said she would go Lib Dem this time. Apparently, an activist calling on Goldsmith’s behalf first warned her about letting Corbyn in, then said: “Perhaps, might you consider not voting at all?” Olney calls that an attempt at “voter suppression” to help bale Goldsmith out. “I thought I’d seen it all with Conservative campaigning tactics, but that really shocked me”.

It might not shock those who recall the Goldsmith campaign’s tactics against Sadiq Khan when he ran for London Mayor in 2016 – a matter still mentioned on the doorstep by Labour sympathisers, Olney says. The Lib Dems have been feeling their usual squeeze in London, as they have across the rest of the country. But they might resist it in the particular context of Richmond Park. “I’m meeting people who, in general elections past, would naturally have voted Tory,” Olney says. “But this time, they’re really not sure.”