There are, as Charles Wright has reported, two options being considered as short-term replacements for Hammersmith Bridge while it is closed to motor vehicles while major repair works get underway. At present, the bridge is open only to pedestrians and cyclists. They have had it to themselves since the spring. What if it was left that way?

The local architects The Manser Practice, based at Hammersmith Bridge Road, says its staff and others rather like being able to wander along the full width of the bridge as pedestrians amid traffic-free tranquility.

In what they call “an internal creative exercise”, some of architects have produced a couple of sketches which envisage the bridge remaining for foot and cycle use only, complete with a leafy linear park, and adding a Clipper boat service terminal at the same point. See sketches above and below. 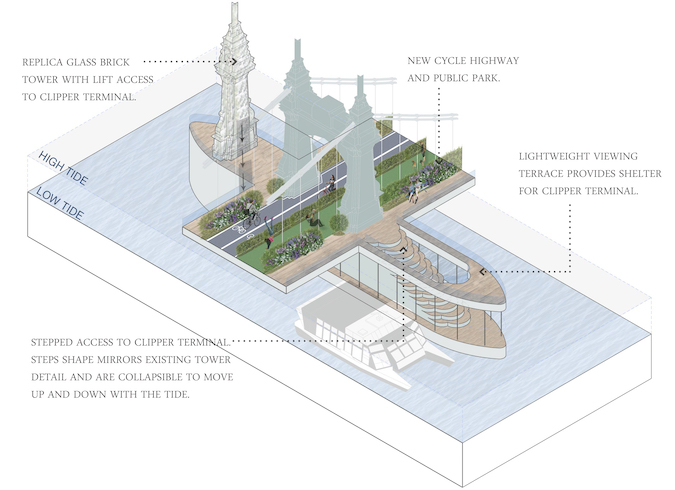 Could it actually happen? Maybe not, at least for the time being. Should it? Discuss.

OnLondon.co.uk strives to provide high quality coverage of all the big London issues. The site depends on donations from readers. Can you spare £5 (or more) a month? All contributions gratefully received. Thank you.