The government has given London the smallest share of a national fund designed to assist communities across the UK in need of investment in skills, employment and local businesses as part of its “levelling up” agenda. 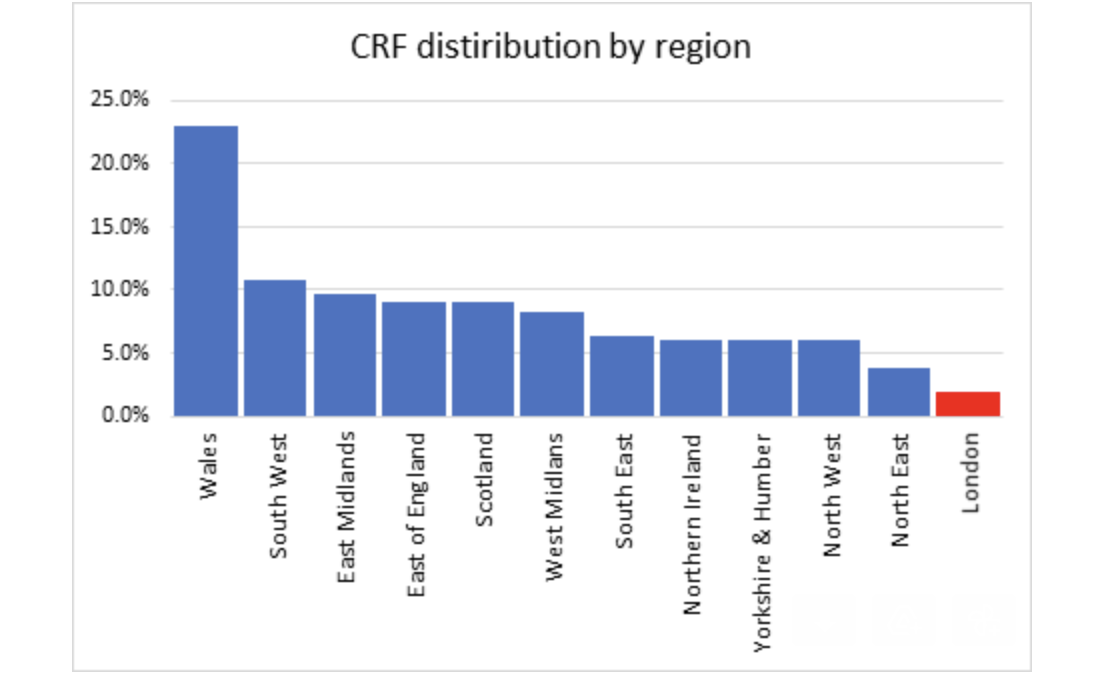 The UKCRF, which is the responsibility of Michael Gove’s Department for Levelling Up, Housing and Communities, is described on the government website as “complementary to the announcements made for both the Levelling Up Fund and Community Ownership Funds made at last week’s spending review.”

London has received the smallest share of the £1.7 billion Levelling Up Fund money disbursed so far except for Northern Ireland, and the Treasury “red book”, containing the detail of the spending plans, says the first round of the Community Ownership Fund will support projects in Wales, Scotland and Northern Ireland only.

The UKCRF, which the government says amounts to £220 million in total, is billed as helping places across the UK prepare for the introduction next April of the UK Shared Prosperity Fund, designed to replace European Union “structural funds” for poorer areas, and as “contributing to the levelling up agenda.”

Pre-pandemic analysis by the Institute for Fiscal Studies found London to have the highest poverty rate in the country, including by the severest measures of it.