How many people gripped by a performance at the Royal Opera House in Covent Garden realise they are sitting above the remains of a once thriving Saxon settlement? The discovery of Saxon London – it  stretched along the Thames from Trafalgar Square to the start of Fleet Street – is the capital’s biggest postwar archaeological discovery.

Lundenwic, as it was called, meaning “London Trading Town”, was an international trading post described by the historian Bede in 731 as “an emporium for many nations who come to it by land and sea”. Yet archeologists from the Museum of London Archaeology (MOLA), who have published a hugely detailed report of their excavations, admit Lundenwic was a bit of an enigma. It was only as recently as the 1980s that they realised it had existed on such a large scale.

Before then, it was thought that historic London was divided between the seat of governance at Westminster on Thorney Island (formed by the convergence of the Thames with the River Tyburn, where Parliament is today) and the Roman city of Londinium in the east. Most rich people would have travelled between the two centres by water. It seemed not a lot had happened in between, until, more recently, a chain of aristocratic mansions was built between the Strand and the Thames. 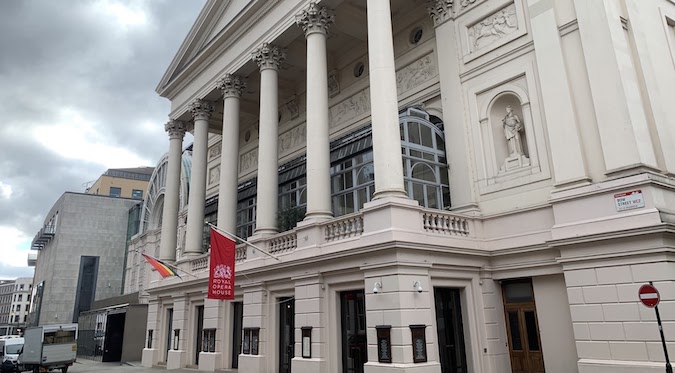 The most likely founder of Lundenwic, according to MOLA, was the Mercian king Wulfhere. Saxon occupation reached its height during the second and third quarters of the 8th century, when the population probably reached about 8,000 people. The purpose of a “wic”, such as Lundenwic, was to raise money from tolls for the government or the church. There were several around the coast of Britain, including a flourishing one at Ipswich, some  remains of which survive. Its pottery, known as”Ipswich ware”, had wide distribution, from Yorkshire to Kent.

Roman Londinium had been abandoned in the late 5th century, before the Saxons arrived, although the London Wall that defined its boundaries remained intact, and multiple traces of it can still be found. After the Saxons left and Viking invaders had been repelled, Londinium, by then called Lundenburg, was re-established. We call it the City of London.

It is now known that Saxon London was a hive of activity, not least in the area around the Royal Opera House (pictured above), where 63 buildings, including a couple of blacksmiths and possibly a tanner, were uncovered as well as the usual rubbish pits. It is reckoned that activity in the area reached its zenith in the second and third quarters of the 8th century. The time may be ripe to write something serious about it. An opera perhaps?

Main photo: Excavations at the Opera House (from MOLA). All previous instalments of Vic Keegan’s Lost London can be found here and a book containing many of them can be bought here. Follow Vic on Twitter.