Skip to content
Many claims have been made in their name by activists and journalists, but many of those most affected by the regeneration plans sees things very differently
Dave Hill

At a table in a building site meeting room sit Chan, Lita, Marta and two Marias with an interpreter and so many stories about the so-called “Latin Village” indoor market next to Seven Sisters Underground station I would love to relate, but will not for fear of causing unrest. There is already quite enough of that about, what with the Protest Left, a herd of credulous journalists and even local Liberal Democrats insisting that the five women, all of them long-standing traders in the market, are to be ejected from it against their will by a heartless property developer in collusion with a spineless Haringey Council. How inconvenient for those many glib accounts that the women themselves take a completely different view of what is happening in their lives and what they want for their futures.

“A huge opportunity has been given to us to progress, and I am in favour of progress,” says one of the Marias. “By moving, by adjusting to change in a positive way, we are going to be more integrated with other communities,” says Marta. She continues: “We are going to be more open. I think we have become way too closed in.” The old building across the way in which they are presently based is described as being in “a ruinous state” which they wouldn’t have the money or the means to put right, even if they were its owners. High profile campaigning by others to “Save Latin Village” in its present form is derided as an exercise in media manipulation.

Joking, declaiming and exhaustively explaining in Spanish, then English, then Spanish again, the women assure me that almost everything you’ve read from Big Media outlets about what they themselves don’t even call the “Latin Village” has been an outrageous misrepresentation of a far more complicated truth. That includes the fact that they – and, it seems, a majority of their fellow traders – are actually looking forward to moving across the street into a temporary space now close to completion in the new Apex House building where we meet, while their increasingly decrepit present home is demolished and replaced. When that new building is ready, they will move back across the road again to a modern new retail premises, complete with a space reserved for them on the same spot they will vacate later this year.

The present indoor market lies within the former Wards furniture store, which stands on Tottenham High Road at its junction with the Seven Sisters Road, giving the locale the nickname “Wards Corner”. Those railing against residential property firm Grainger knocking it down – under an agreement reached with Haringey years ago – and replacing it with flats and new retail space, including a dedicated area for the current “village” traders, eulogise it as a magical cultural enclave whose removal would leave local Latin American Londoners deprived and bereft.

It is hard to overstate the scorn this characterisation inspires from Chan, Lita, Marta and the two Marias, most of whom live locally and who between them have run businesses of several kinds – restaurants, clothing stores, hair salons, community workspace, even property services – in the “village” for dozens of years. They despair of the old building’s tattiness and unreliable electricity supply and find nothing romantic about its becoming a magnet for criminals, lost souls and anti-social behaviour. 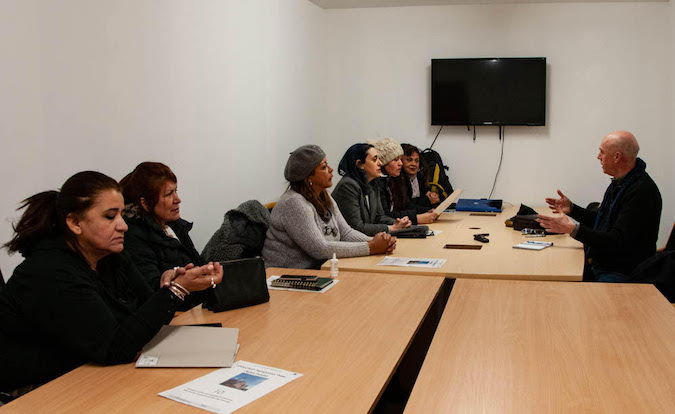 Lita, who runs a restaurant at the front of the market, describes her familiarity with the drug traders and prostitutes operating in the area and the rough sleepers to whom she gives spare food when she locks up at night. She regards herself as fortunate to have a good and successful business, but would sooner running it did not involve encounters with unpredictable people with mental health issues or, as on one occasion, being threatened at knife point.

A compulsory purchase order, made by the council and approved by the government, has cleared the way for the next stage of the regeneration to proceed. Lita says this has made her “very happy”. Sometimes, earnest outsiders, perhaps consumers of the fantasy versions of the “Latin Village” story the Guardian continues to publish despite knowing of their abject failings, assure her of their support for the struggle to “save” the market as it is, telling her “it is beautiful and lovely”. She sighs: “It’s really difficult to explain to these people that I am feeling happy to be going.”

A core technique of those proclaiming themselves the “resistance” to regeneration projects that are not to their taste is to depict disputes about them as binary conflicts between, on one side, “the community” and, on the other, “the developers”, supine politicians and “the rich”, and to proceed to make accusations of “social cleansing”. You barely have to graze the surface of the Seven Sisters situation to learn that such a reductive framing is almost comically inadequate.

For at least a dozen years there have been large disagreements among the market traders and with sundry activist groupings trying to stop the regeneration from proceeding. For journalists and politicians who have adopted the “save” campaign as a cause, the traders’ leader is Vicky Alvarez, quoted as their spokesperson everywhere from New Statesman to Al Jazeera. But she is not recognised as such by all the traders – certainly not those heard from in this article. It is accepted that Alvarez has some supporters. To summarise it delicately, these five fellow women regard her as unrepresentative and find her approach disagreeable. 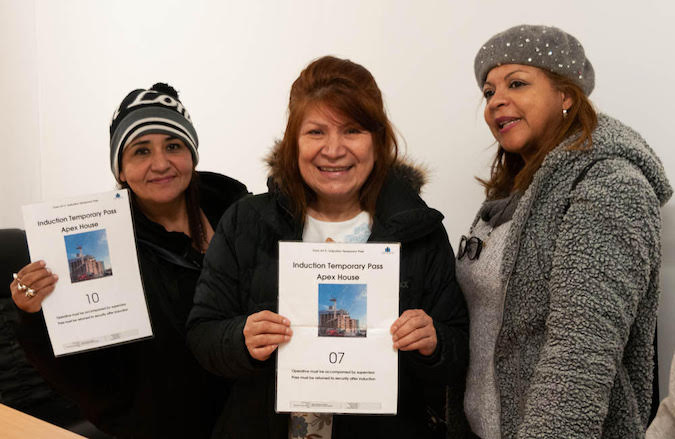 Meanwhile, the company managing the market has been often vilified, with its boss, Jonathan Owen, accused of all manner of things, including racism. However, several of the women, who have dealings with him routinely, regard him very differently. There have been disagreements and there are some complaints that, far from being heartless towards traders, he has been, if anything, too lenient with some, though there is praise for recent successes with reducing the amount of heavy drinking going in within the market. “We have a good rapport,” says one of the women. “He is a reasonable guy”. Another absolves him from the most unpleasant charge against him. “I have never been discriminated against by him”. This is not something she would say of all those involved with “save” campaigning.

There are also expressions of concern about various fund-raising drives that have been conducted in their name, resulting in members of the public pledging many thousands of pounds to different projects opposing the regeneration. But an alternative “peoples’ plan” stands no chance of coming to fruition and a legal challenge has been tartly dismissed. Has the money raised been put to the best use?

There is a further dimension to all this, and it goes to the heart of large questions about the dynamics of multicultural London and the ways in which ethnic identities are enacted and perceived within individual neighbourhoods and the city as a whole. The two Marias, Marta, Lita and Chan each articulate in their own ways how they embrace being Latin American Londoners, and how they wish to prosper and grow.

In so doing, they reveal their own diversity: birthplaces in Colombia, Peru and Guyana, an Afghan husband, a British one, and a parent from Japan. Chan, who came from Guyana as a teenager and has lived in Tottenham for 50 years, says some people of Latin background don’t regard her as one of them, because she speaks English and not Spanish. She is impatient with the market being seen as an exclusively Latin one, saying that her customers are far more mixed than that and hoping that the move across the street will make them more so. And she is critical of the conduct of some who work and shop in the market as it is: “I’m sorry about the mentality of the Latinos. Right now, I do not feel comfortable, I don’t feel nice, I don’t want to be in the market any more because of how, I’m sorry, how some of the Latinos behave in the market. It is not nice at all.”

There is a passionate speech from Marta, who worked as a lawyer in Colombia before coming to Britain and has been involved in negotiations with Grainger rather than fighting them. “Right now, most of the market traders feel in agreement with what has been achieved so far,” she says, with the interpreter’s excellent help. “In 2007, we had no visibility. Now, we have a guaranteed space from which to trade. It has not been easy to get to this, but we have achieved it.” She says the problems they have encountered have been exhausting and prevented them advancing still further. “Some people are pursuing their own private interests,” she maintains. “But as a whole community, we want to advance and get better. We have skills and we have strength to go forward, and show how beautiful is the cultural diversity we have.”

There are, of course, anxieties. Will people come in good numbers to the market’s temporary new home, which will have a central courtyard and look out on to Seven Sisters Road? Will they come to the new permanent one? Rents will be zero and discounted for a time as the new market gets established, but not for ever. Are all the traders’ rights as clearly codified as they could be? Will the market’s new management be able to prevent the problems the current one has struggled to solve from recurring? As for those that have accrued on the street outside, they will not just disappear, even if they move elsewhere.

Even in its present unhappy state, the market possesses some unique and engaging qualities it would be sad to lose. But what is already clear is that, contrary to egregious commentaries to the contrary, many and probably most of the small business people who actually give the market its most special and attractive flavours see the regeneration of Seven Sisters as an opportunity for them to build upon its strengths and share them more widely. And while bien pensant lifestyle protestors and those to whom they give dictation construct and perpetuate “resistance” fantasies about it, those Londoners it will most directly affect anticipate it as a kind of liberation.